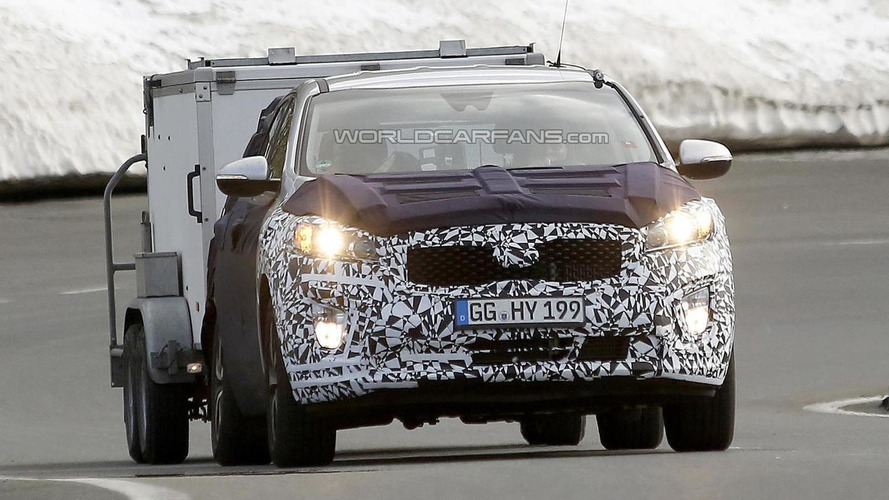 The all-new Kia Sorento has been caught on camera while undergoing testing in Switzerland.

The all-new Kia Sorento has been caught on camera while undergoing testing in Switzerland.

Once again the prototype was spied in the Alps during a session of high-altitude testing which allowed our spy photographers to capture on camera the camouflaged body which appears to be bigger compared to the current model. The stretched wheelbase will bring more legroom for second- and third-row passengers and chances are Kia has decided to make its mid-size SUV a bit more upscale.

The engine lineup will be largely carried over so there should be the usual 2.4-liter and 3.3-liter GDi motors along with 2.0 and 2.2-liter CRDi diesels. Interestingly, there are also talks about a hybrid variant that will be available from day one and is expected to have a 2.3-liter 4-cylinder gasoline engine combined with an electric motor and a 47 kWh lithium-polymer battery.

An official reveal of the 2015 Kia Sorento will likely occur in October at the Paris Motor Show and should go on sale shortly thereafter.