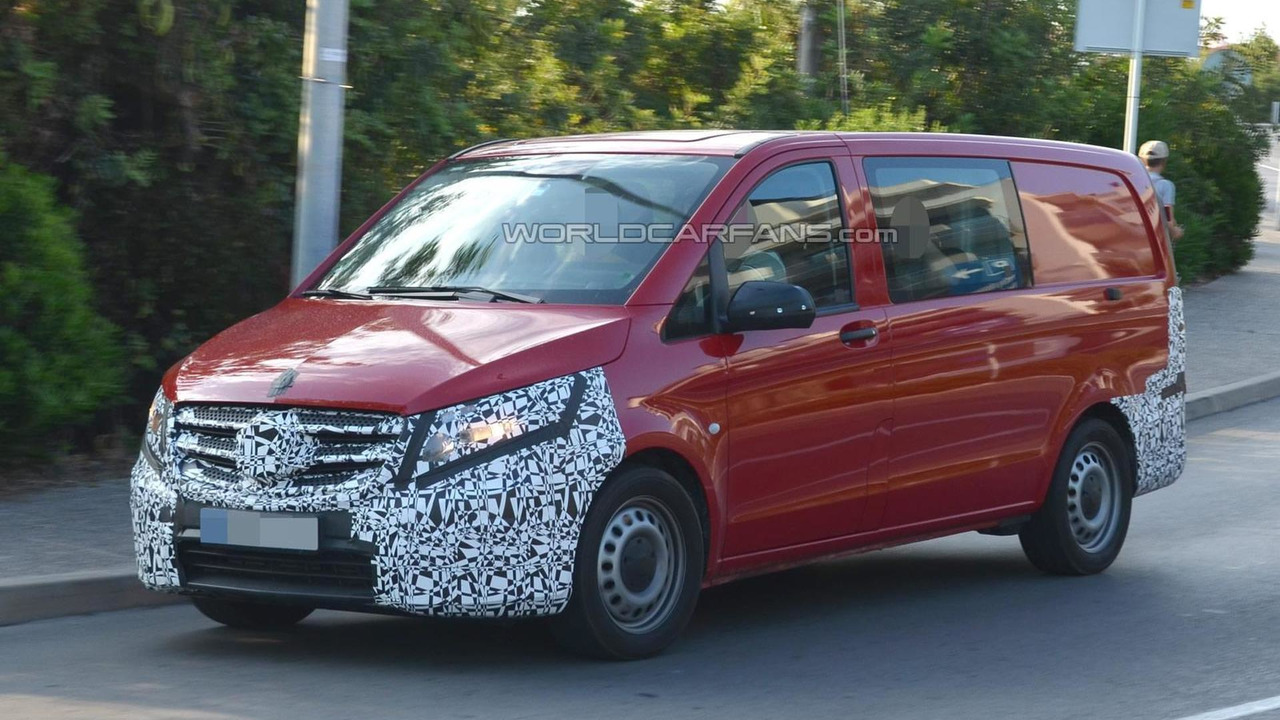 The next-generation Mercedes-Benz Vito has been spied ahead of a reveal expected before this year’s end.

The next-generation Mercedes-Benz Vito has been spied ahead of a reveal expected before this year's end.

Mercedes unveiled the 2014 V-Class at the beginning of the year and now they are putting the finishing touches on its more utilitarian brother, the Vito. The design clearly echoes the passenger-oriented V-Class but at the back it adopts a dual door configuration to enable easier cargo loading & unloading. You will notice both rear windows get their own wipers and the right door has a generous-sized handle.

Expect a high level of customization to be available, including different lengths and wheelbase to better suit specific clientele. The 2015 Mercedes-Benz Vito will likely be revealed in the following months.