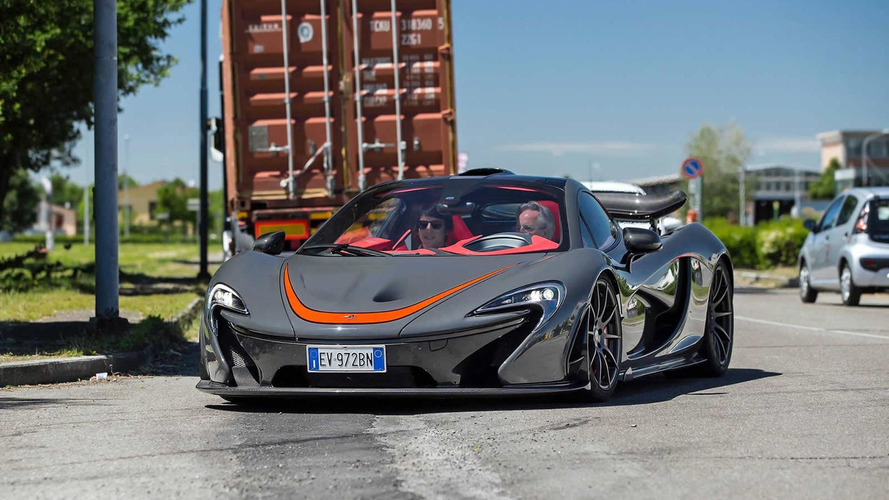 Horacio Pagani was photographed behind the wheel of the only McLaren P1 registered in Italy.

Horacio Pagani was photographed behind the wheel of the only McLaren P1 registered in Italy.

Pagani is currently working on a Nürburgring Edition of the Huayra so it shouldn't come as a big surprise that Horacio Pagani himself is testing the McLaren P1 as he's doing this mainly for benchmarking reasons. Photographer Keno Zache took this picture with Horacio driving a McLaren P1 by McLaren Special Operations (MSO) and it is believed it's the only P1 registered in Italy. If it looks familiar, that's because it's the same car filmed back in May while doing some short series of accelerations.

The aforementioned Pagani Huayra Nürburgring Edition is said to lose some weight which currently stands at 3,000 lbs (1,361 kg) so expect a stripped out cabin, more extensive use of carbon fiber along with other similar weight-saving measures. Aside from going on a diet, the Huayra NE will likely get an uprated variant of the V12 6.0-liter AMG twin-turbo engine that in the standard car pumps out 710 PS (522 kW) at 1,000 Nm (737 lb-ft).