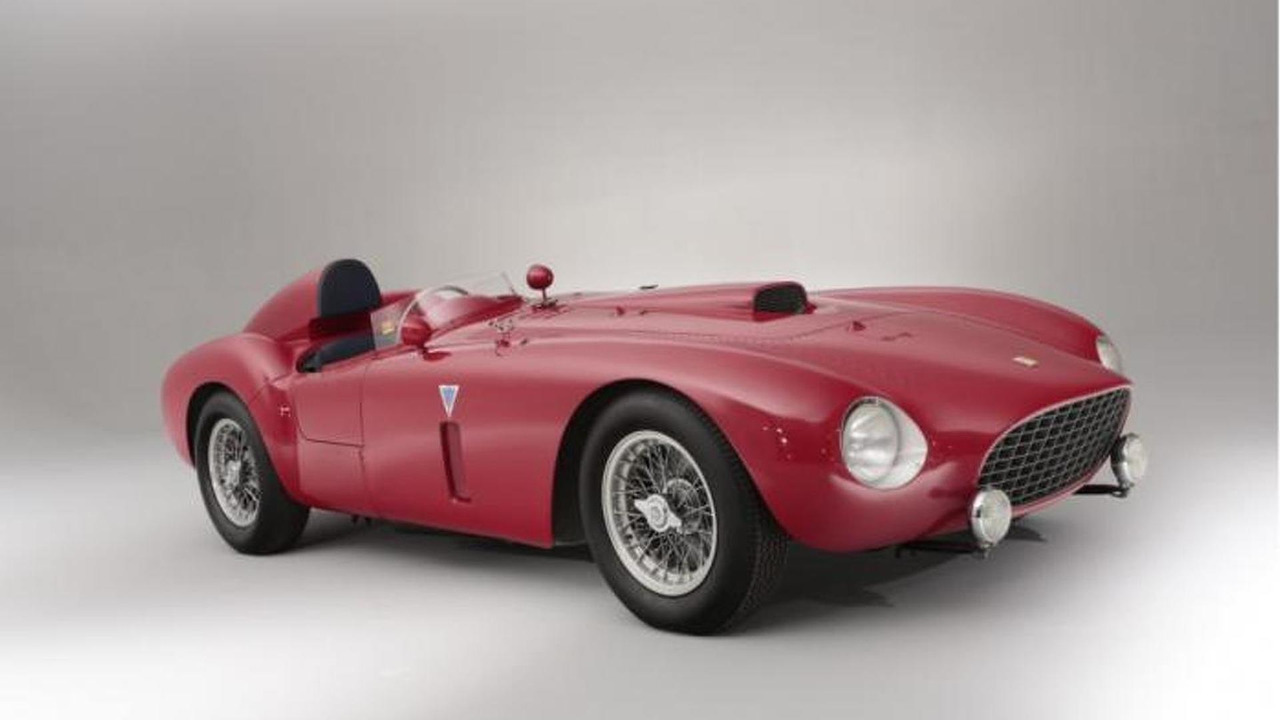 The Italian coupe was a subject of interest from two battling bidders with the hammer finally hitting at the £10.7M sale price.

The retro sports convertible is basically a more potent version of the regular 375 model. It is powered by a 4.9-liter V12 engine developing 330 bhp (246 kW) instead of the 4.5-liter unit found under the hood of the standard variant. The two-seater in question is also equipped with a Formula One transaxle and is clothed in a lightweight Pininfarina body finished in red. It features chassis and engine numbers 0384.

In 1954 this exact car was driven by Umberto Maglioli in the Mille Miglia then piloted to victory by the Argentine star Froilan Gonzalez at Silverstone. In its last factory team racing it was co-driven by Maglioli and Paolo Marzotto in that year's Le Mans 24-Hour race.