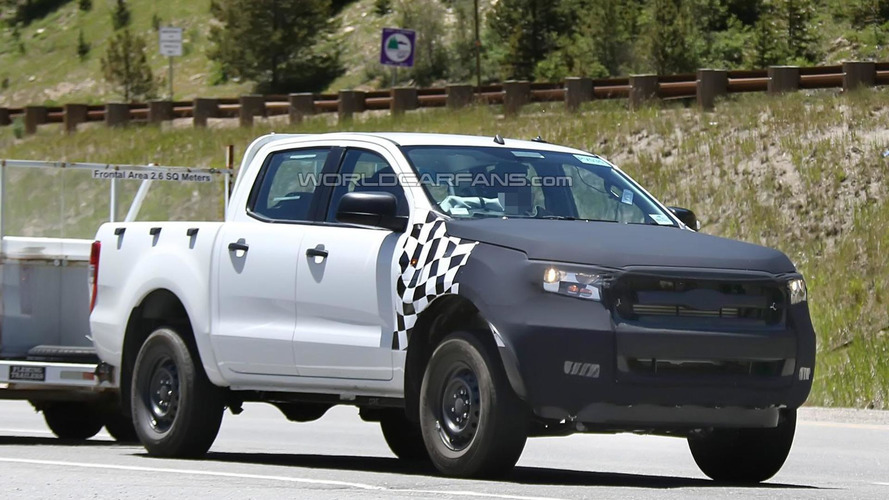 The facelifted Ford Ranger has been caught on camera undergoing testing in United States.

The facelifted Ford Ranger has been caught on camera undergoing testing in United States.

Now that we have seen the 2015 Ford Edge, it shouldn't be that hard to imagine how the 2015 Ranger will look like at the front, even though the camouflage on this prototype was hiding the cosmetic changes. There will be a redesigned front bumper along with a different grille and a new design for the headlights.

Unlike the previous spy shots which were taken in Europe, the prototype seen here was spotted in United States and our spies also managed to snap a few pictures of the interior which is set to receive a significant makeover but still familiar to Ford's recent cabins.

We are not expecting any changes in the engine department so depending on the region the 2015 Ford Ranger facelift will continue with a 2.2-liter four-cylinder turbodiesel rated at 150 PS (110 kW) along with a larger TDCi 3.2-liter five-cylinder motor generating 200 PS (147 kW). There will be a standard 6-speed manual gearbox along with an automatic transmission available at an additional cost.

An official reveal will likely occur in the months to come.