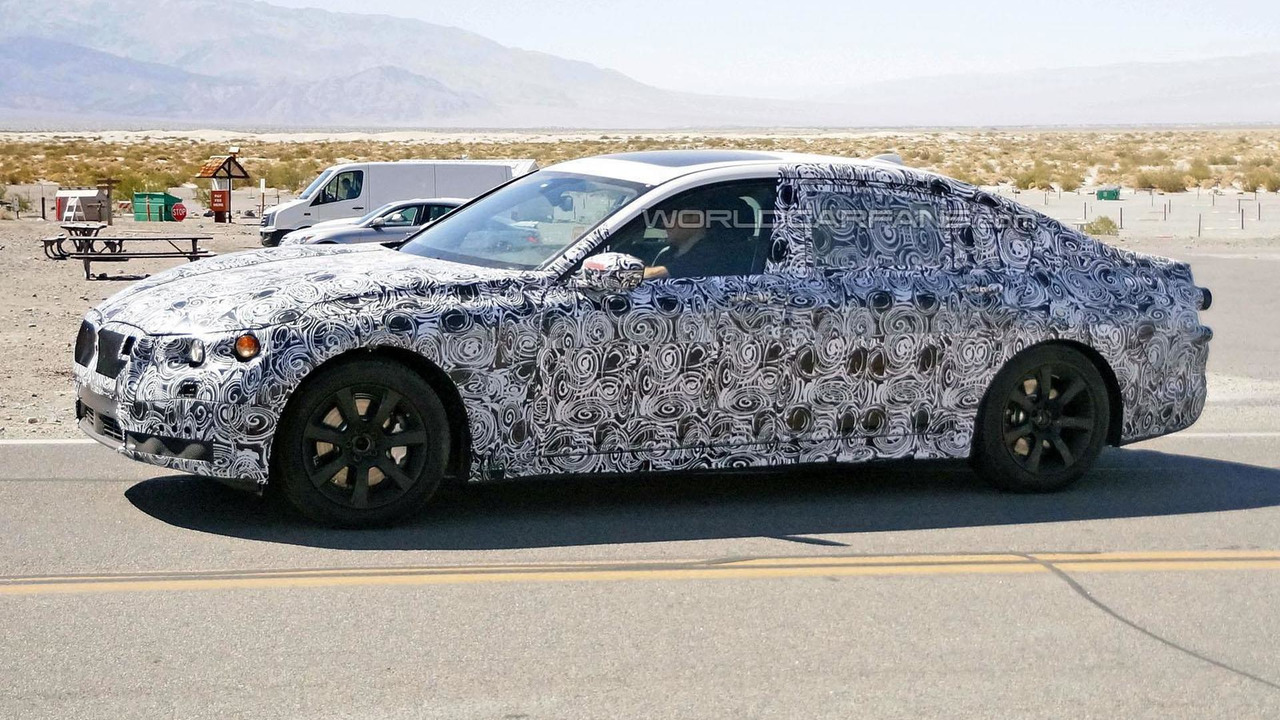 While we've already seen the model on numerous occasions, this particular prototype is a long-wheelbase variant that will likely adopt the familiar Li designation. Unfortunately, the car is heavily camouflaged so we can only make out minor details such as a dual exhaust system that is neatly integrated into the rear bumper.

Our spies were able to snap some pictures of the interior but the door panels were camouflaged and only reveal the existence of metallic door handles. That's not much to go on but the 7-Series could draw inspiration from the Vision Future Luxury concept and feature an advanced instrument cluster as well as a Touch Command Tablet for the rear seat entertainment system.

BMW has been coy on specifications but the model is slated to ride on an aluminum and carbon fiber chassis that could enable it weigh 450 lbs (204 kg) less than its predecessor.

Engine options remain a mystery but will likely include familiar six-, eight- and twelve-cylinder units. There have also been rumors about a plug-in hybrid variant and an entry-level model with a 2.0-liter four-cylinder engine.