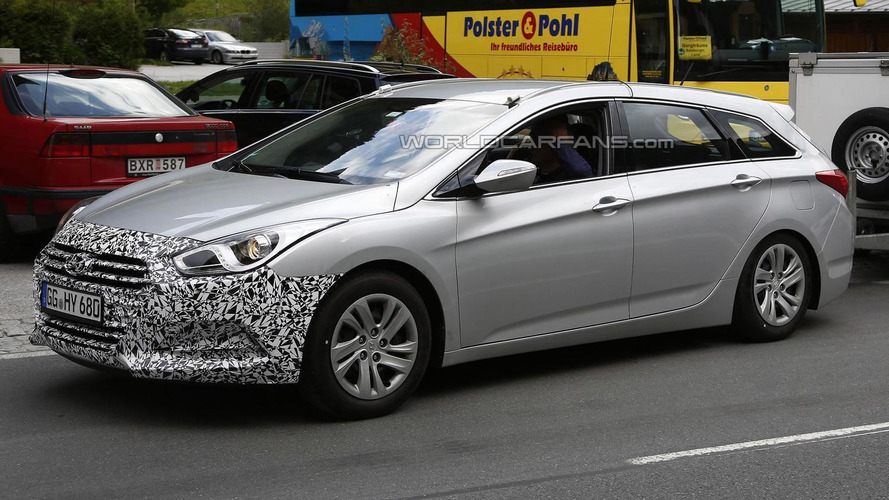 A prototype of the 2015 Hyundai i40 facelift has been spied undergoing testing on European roads.

A prototype of the 2015 Hyundai i40 facelift has been spied undergoing testing on European roads.

Hyundai's large family-oriented model is about to receive a minor nip and tuck that will include a redesigned hexagonal grille featuring five horizontal bars, similar to what the current model has but with more flatter lines in the low area to provide a sharper apperance. We also notice a more angular bumper and the absence of fog lights on the bumper's sides which means these might have been integrated in the headlamps that could also be revised despite the prototype showing the standard lights.

The i40 wagon spotted here doesn't have any other camouflage which can only indicate two things: it's either an early prototype or Hyundai will only tweak the front fascia. The vehicle was carrying the "CRDi" badge at the back which means it had a 4-cylider, 1.7-liter diesel with 115 PS (84 kW) or 136 PS (100 kW), the only engine offered in Europe.

An official reveal could occur before the end of the year, with sales to begin early 2015.