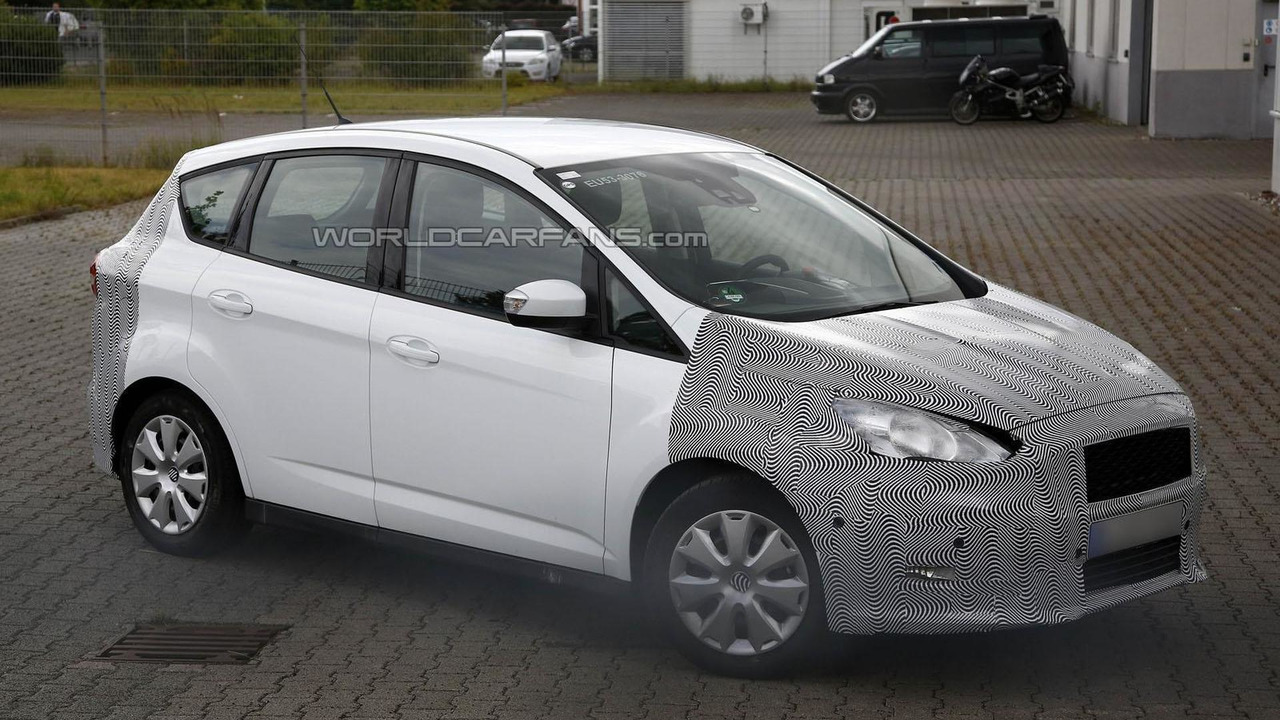 The 2015 Ford C-MAX has been spied wearing less camouflage than ever before. See the photos inside

The 2015 Ford C-MAX has been spied wearing less camouflage than ever before.

Looking instantly recognizable, the facelifted model has a new front bumper and a trapezoidal grille that mirrors the rest of the Ford lineup. The styling changes are less noticeable out back but appear to include restyled taillights and a modestly revised rear bumper.

Our spies couldn't get close enough to snap interior photos but the cabin will likely feature the same updates at the facelifted Focus. This means we can expect a new steering wheel and an upgraded infotainment system with an eight-inch display.

Engine options will likely carryover but there could be an addition or two.

The 2015 Ford C-MAX could be introduced later this year, so look for a possible debut at the Paris Motor Show.