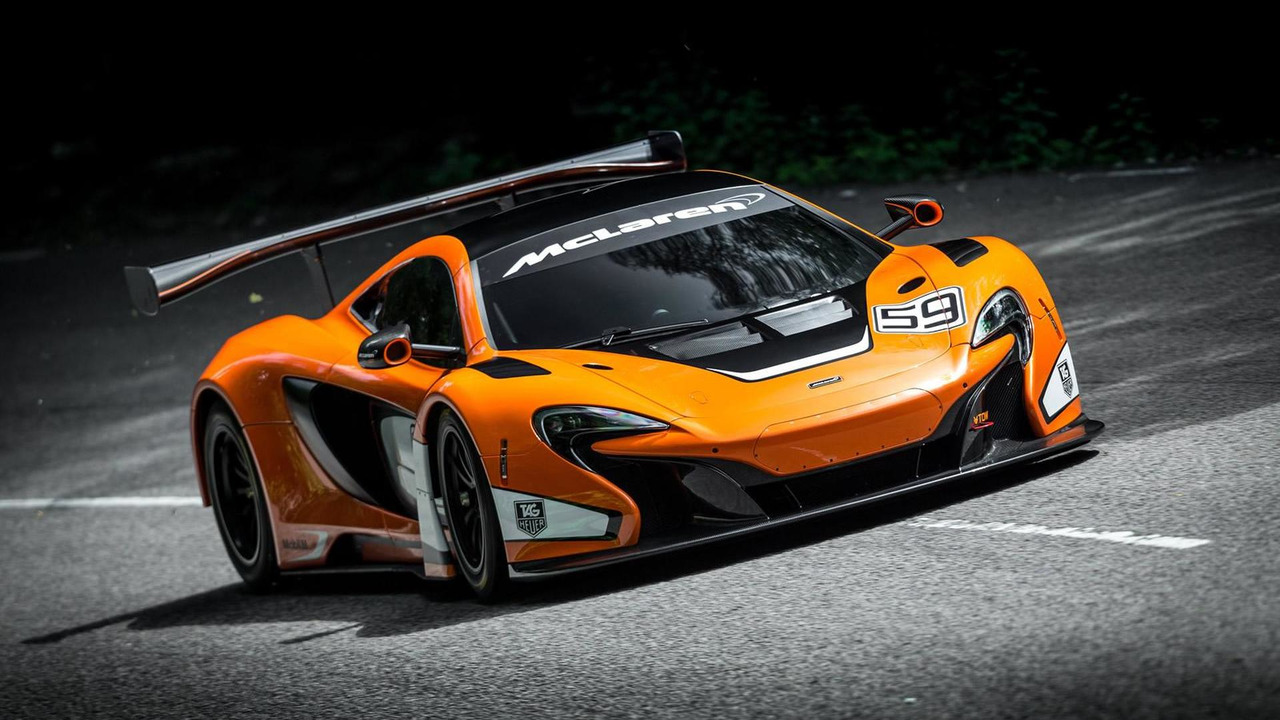 McLaren has taken the wraps off the 650S GT3 today at the 2014 Goodwood Festival of Speed, following last week's teaser announcement.

McLaren has taken the wraps off the 650S GT3 today at the 2014 Goodwood Festival of Speed, following last week's teaser announcement.

Based on the road-going 650S Coupe, the track-only GT3 derivative is a follow-up to the 12C GT3 but with a more aggressive body kit made mostly from carbon fiber and including larger air intakes providing optimized cooling. Carbon fiber was also used for the large fixed wing at the back where there's also a splitter sharing the same material.

McLaren's engineers have updated the suspension geometry and installed wider tracks along with a FIA-approved rollcage which is lighter and more comfortable than its predecessor as it provides the driver with more leg and headroom. Also inside the cabin is a bespoke steering wheel while behind it is a specially developed digital dash display.

Existing 12C GT3 owners have the possibility of upgrading their cars to the 650S GT3 specification which shares the same V8 3.8-liter twin-turbo engine. Until the 2015 season, McLaren plans on manufacturing and delivering 15 units of the 650S GT3 together with 15 upgrade packages.

Full details can be found in the attached press release.