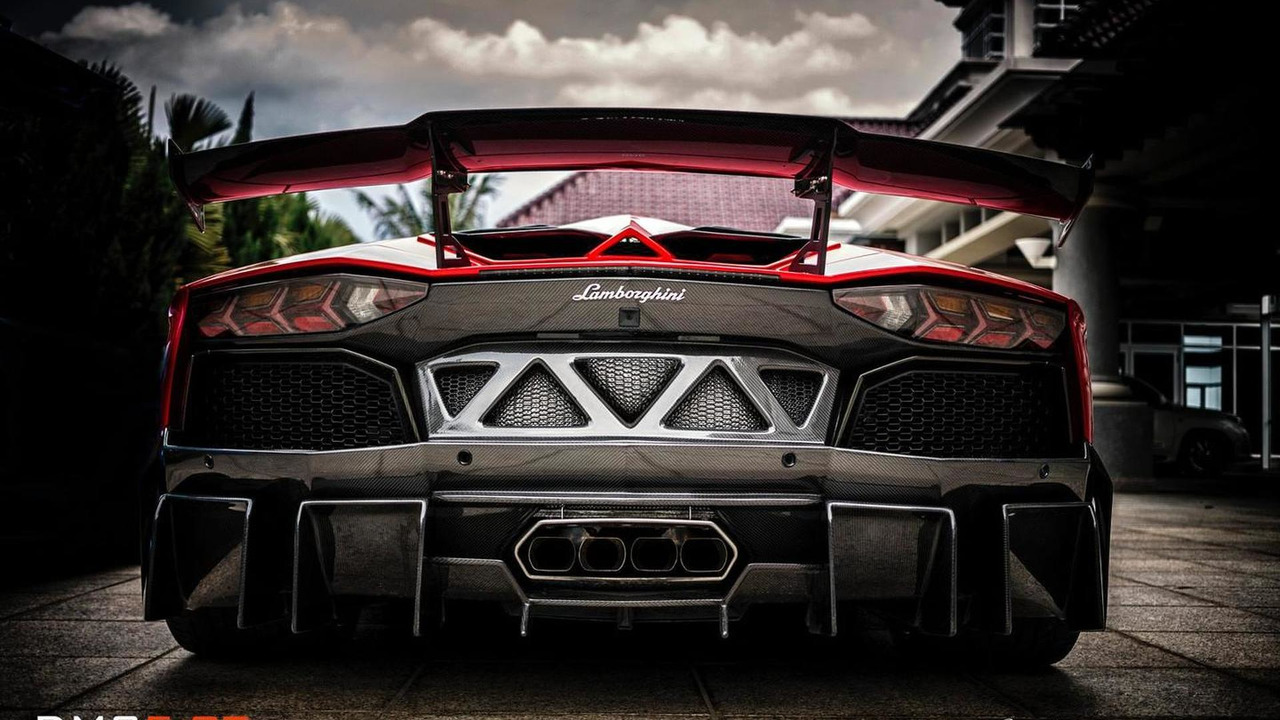 After a teaser and a preview, DMC has fully revealed its outrageous Lamborghini Aventador LP998 Edizione GT.

After a teaser and a preview, DMC has fully revealed its outrageous Lamborghini Aventador LP998 Edizione GT.

DMC seems to have a soft spot for the Lamborghini Aventador as over the years they have launched numerous customized versions, culminating with this LP998 Edizione GT which is even more extravagant than its predecessors. They say its extremely aggressive and wide body kit was developed to meet FIA regulations without compromising the car's street-legal status.

Priced at 288,888 USD (without car), the upgrade kit includes among others a gigantic rear diffuser and an equally large wing featuring three manually-adjustable angles, with both pieces being manufactured from carbon fiber. There's also a centrally-positioned quad exhaust arrangement and a big front spoiler lip made from the same lightweight material. Other ingredients on the menu include the large multi-spoke black alloy wheels and a red & black two-tone leather upholstery inside the cabin where there are carbon fiber side sills.

Aside from the menacing exterior makeover, DMC also worked on the V12 6.5-liter engine by installing individual throttle plates for each cylinder, new modulators, fuel lines, fuel pumps and injection nozzles, along with a twin-turbo modification and a remapped ECU. The tuner doesn't specify the engine's output but given the "LP988" in the designation, it's safe to say power was increased from the series 700 PS (515 kW) to 988 PS (727 kW).