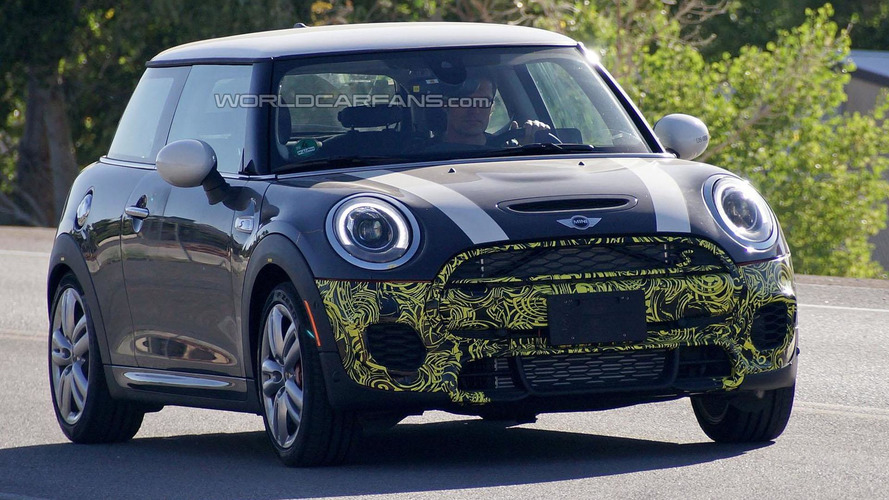 The 2015 MINI Cooper JCW (John Cooper Works) has been spied undergoing testing in the United States.

The 2015 MINI Cooper JCW (John Cooper Works) has been spied undergoing testing in the United States.

Previewed by a concept at the 2014 North American International Auto Show, the production model is instantly recognizable but adopts a new front bumper with a revised grille and larger air intakes. The hatchback has also been equipped with a tailgate-mounted spoiler and a center-mounted dual exhaust system. The model also appears to have a sport-tuned suspension and a high-performance braking system.

MINI has been coy on performance specifications but the model is expected to use a turbocharged 2.0-liter four-cylinder engine that develops at least 220 bhp (164 kW). It will likely be connected to a six-speed manual transmission or an optional six-speed automatic.