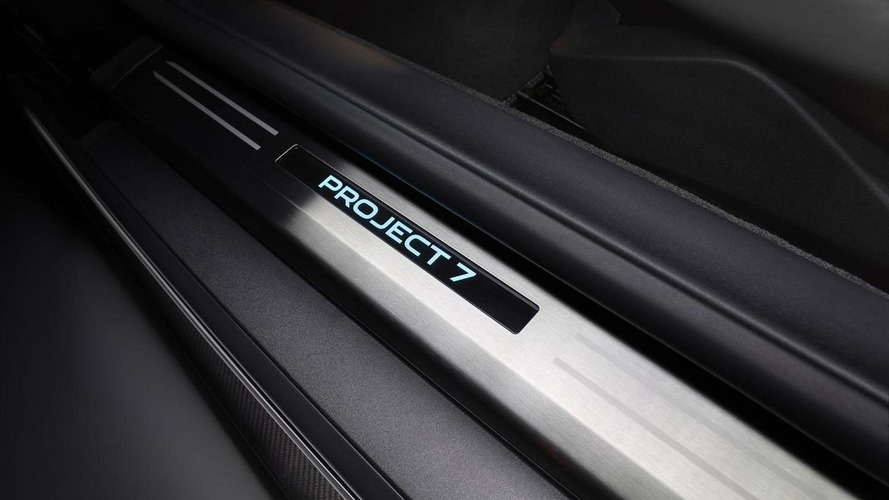 Designed to pay tribute to the D-Type, the limited edition model was created by the company's Special Operations division and closely echoes the Project 7 concept. As a result, the car has been equipped with a carbon fiber body kit that includes a front splitter, aerodynamic side skirts, a rear diffuser and an adjustable rear wing. The model also has a lowered windscreen, carbon fiber accents and 20-inch alloy wheels with Pirelli P Zero tires. Other highlights include an active sports exhaust system and a Bimini roof that can be stored in the boot when not in use. The model will be available in five colors including Ultra Blue, Caldera Red, British Racing Green, Ultimate Black and Glacier White.

According to Jaguar Land Rover Special Operations Managing Director John Edwards, "Special Operations exists to develop a suite of products and services that enable our most discerning and enthusiastic customers to indulge their passion for our cars. F-Type Project 7 is a perfect example of one such product. It's the most powerful production Jaguar ever built, and pays homage to Jaguar's seven outright Le Mans victories with distinctive design cues inspired by the Jaguar D-type which celebrates its 60th anniversary this year."

Production will be limited to 250 units and the first deliveries are slated to occur in mid-2015.