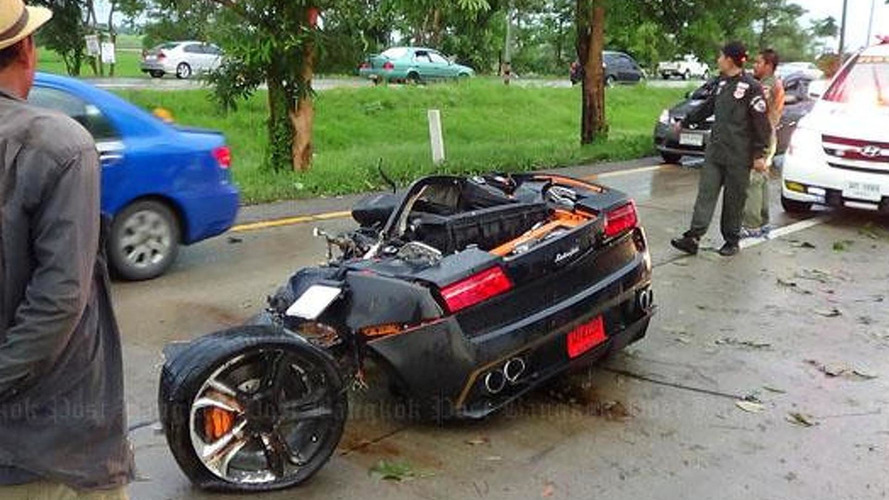 The driver of a Lamborghini Gallardo somehow escaped without any injuries after a heavy crash which literally cut the vehicle in two.

The driver of a Lamborghini Gallardo somehow escaped without any injuries after a heavy crash which literally cut the vehicle in two.

40-year-old businessman Pitak Riangsima who owns a US-based networking marketing company crashed his Lamborghini Gallardo while travelling at a speed of 93 mph (150 km/h) in heavy rain. Even though the Gallardo has an AWD system, driving at such a high speed on a soaking wet road is never a good idea as it can lead to this, a heavy crash.

He lost control of the vehicle and hit a tree but somehow managed to get out of the car without suffering any injuries. It was only after he exited the Gallardo he noticed the vehicle was split in two.

Interestingly, before the accident occurred he visited a temple where a friend said he should wear a Buddha amulet for long-distance trips, which he did. After the crash, Pitak told the police authorities the amulet in question is very rare and valuable as it belonged to a highly revered Buddhist monk.