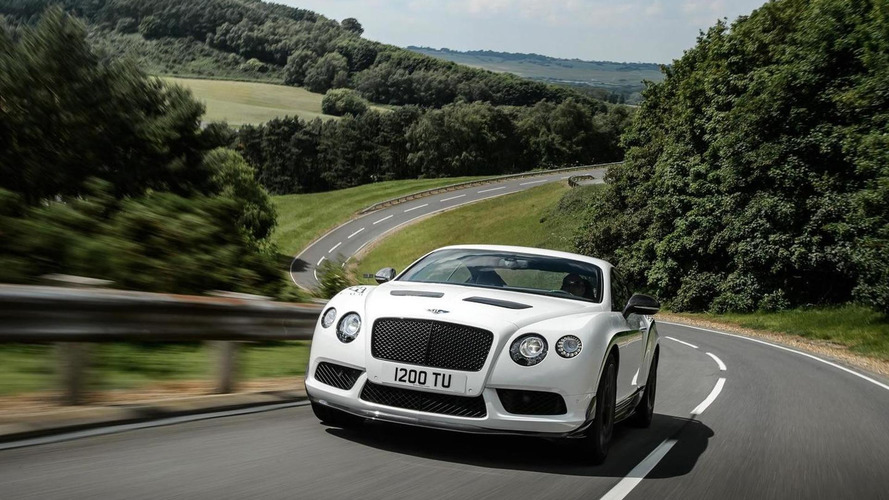 Bentley has announced plans to showcase the new Continental GT3-R during the 2014 Goodwood Festival of Speed.

“The most dynamic and fastest-accelerating Bentley ever produced” is based on the Continental GT3 race car and is powered by a 580 PS (426 kW) and 700 Nm (516 lb-ft) twin-turbo V8 4.0-liter unit. A weight reduction of 100 kg (220 lbs) is combined with an eight-speed ZF automatic transmission with shorter gearing to deliver “a breathtaking driving experience”.

The GT3-R is limited to just 300 examples, all hand built in Crewe, UK and finished by Bentley’s motorsport department. All of the produced examples will wear a Glacier White paint with two-tone green graphics on the side profile.

The track-only Continental GT3 will also be making an appearance at Goodwood. The car will be piloted up the hill by David Brabham, who drove a Bentley Speed 8 to second place at the 24 Hours of Le Mans in 2003.