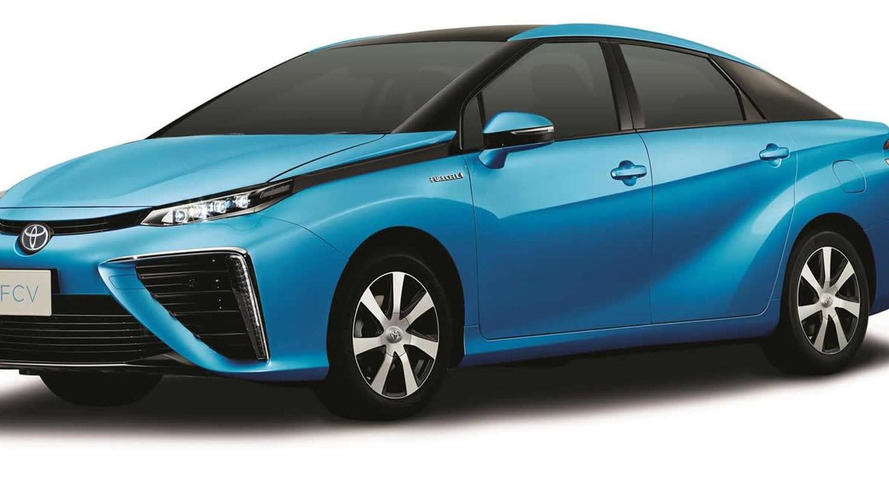 Toyota has released the first images with the production body of next year's fuel cell vehicle (FCV).

Toyota has released the first images with the production body of next year’s fuel cell vehicle (FCV).

Sporting a rather questionable design derived from the concept, Toyota's first ever mass produced hydrogen-powered fuel cell vehicle is set to go on sale in Japan before April 2015 while Europe and North America will get it starting next summer. At home it will cost approximately 7M yen (about 68,700 USD / 50,450 EUR / 40,500 GBP) and will be available at Toyota and Toyopet dealerships but only in the regions where a hydrogen refueling infrastructure is under development.

The front fascia is not that bad with those slender headlights which appear to boast LED technology along with vertical daytime running lights installed within a huge front bumper with a big lower grille and equally large intakes. The alloy wheels could be a tad bigger while the sloped roofline doesn't blend with the rear end where there's a pair of droopy-looking taillights together with a red bar that runs across the rear's width and incorporates the reverse lights. There's also a red triangle which probably serves as the fog light.

Toyota previously stated the 2015 FCV (name not final) will be able to perform the 0-62 mph (0-100 km/h) in a rather decent 10 seconds and will offer a maximum range of around 300 miles (482 km). Once the fuel is depleted, a complete fill will take only around three minutes which isn't half bad.