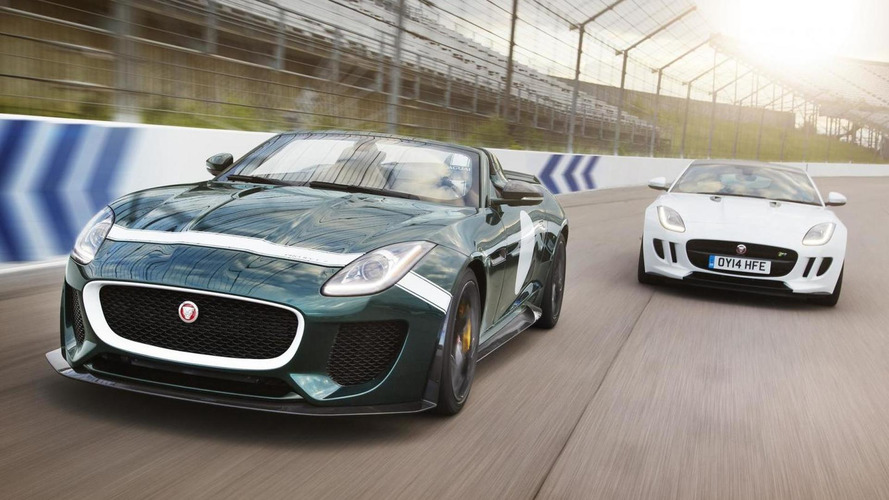 Following this morning's leak, Jaguar has unveiled the F-Type Project 7.

Following this morning's leak, Jaguar has unveiled the F-Type Project 7.

Set to debut at the Goodwood Festival of Speed on June 26th, the model was created by the company's Special Operations division and is being billed as the "fastest and most powerful production Jaguar" ever created.

The company declined to release additional information but Auto Express is reporting the car features a supercharged 5.0-liter V8 engine that develops 567 bhp (422 kW). It is connected to an eight-speed automatic transmission which enables the roadster to accelerate from 0-100 km/h in just 3.9 seconds.

The car's styling closely matches the original Project 7 concept but it has been equipped with larger mirrors and a passenger side carbon fiber rollover hoop. There's also a shorter windscreen and an aerodynamic body kit which enables the car to produce 177 percent more downforce than the F-Type convertible at 299 km/h (186 mph).

Production will reportedly be limited to 250 units and first delivers are slated for the mid-2015.