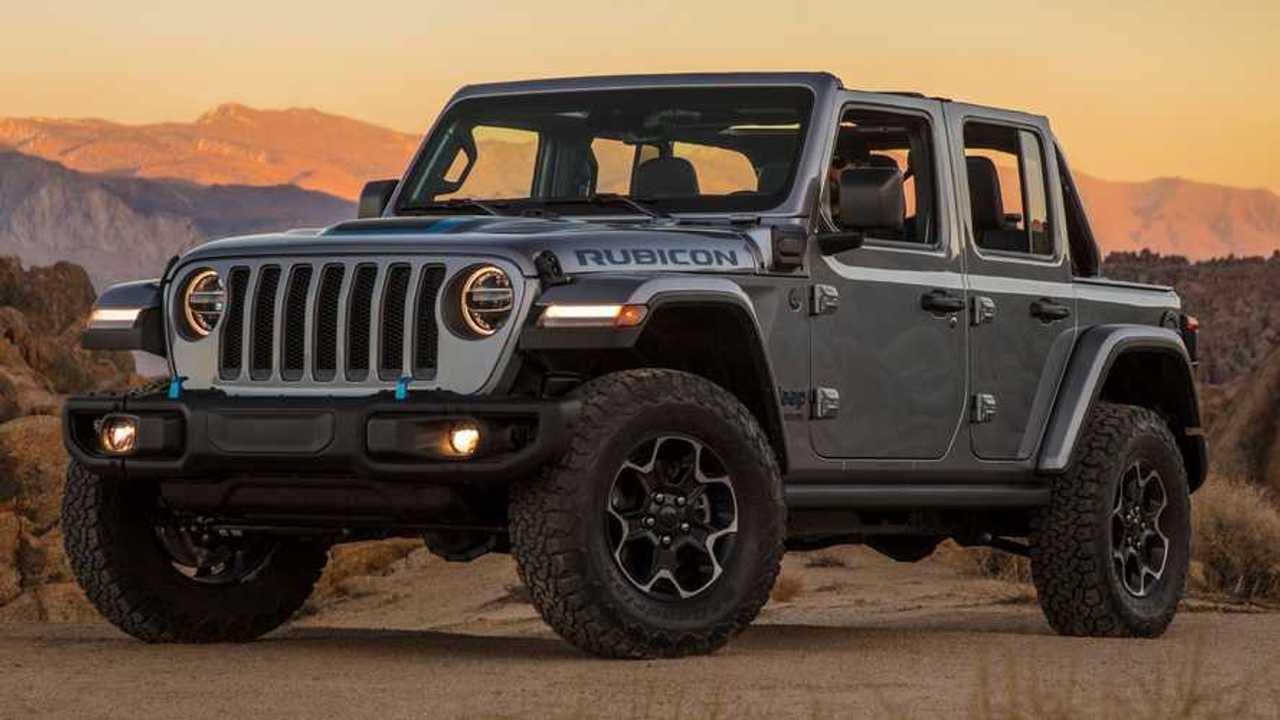 The Jeep Wrangler has its tires in two camps. It’s still the venerable and capable iconic off-roader that’s made the Jeep brand famous worldwide. But it’s also tiptoeing toward the future by adding some electrification to the SUV. Jeep officially introduced the plug-in hybrid Wrangler 4xe in September, and today the configurator is live, providing the opportunity to build the most expensive model – and it’s pricey.

The most expensive Wrangler 4xe costs $65,020 – which does not include the $1,495 destination charge that makes the final price $66,515. It also doesn’t include a plethora of dealer-installed options that are available. That price gets one a well-equipped Rubicon model with just over $13,000 in accessories, which has a starting price of $51,695. That’s $3,700 more than the entry-level Sahara 4xe, though it’s cheaper than the $53,570 High Altitude model. However, the High Altitude lacks the available options of the Rubicon.

If customers want an exterior color other than white, they’ll have to pay $245 for it. Exterior upgrades include a satin-black grille ($325), body-color fender flares ($695), and an integrated off-road camera ($595). Opting for the dual-top group adds $3,695 to the price and allows for the $525 hardtop headliner to be added as well. There are several packages available, too, like the Safety Group ($995) and Advance Safety Group ($795). Adding steel bumpers adds $1,745, while the Cold Weather Group pack is an extra $995, which installs heated front seats and a heated steering wheel.

The Jeep Wrangler 4xe pairs FCA’s turbocharged 2.0-liter four-cylinder engine to two electric motors and a 400-volt, 17-kilowatt-hour lithium-ion battery pack. Total powertrain output is 375 horsepower (280 kilowatts) and 470 pound-feet (637 Newton-meters) of torque, allowing for up to 25 miles of pure-electric driving, too. Off-road capability and electrified motoring come at a price – nearly two-and-a-half times more expansive than the base, non-hybrid gas-powered Wrangler. However, the $7,500 federal tax credit is available for the model.