Mercedes-Benz C63 AMG sedan spied inside and out in China 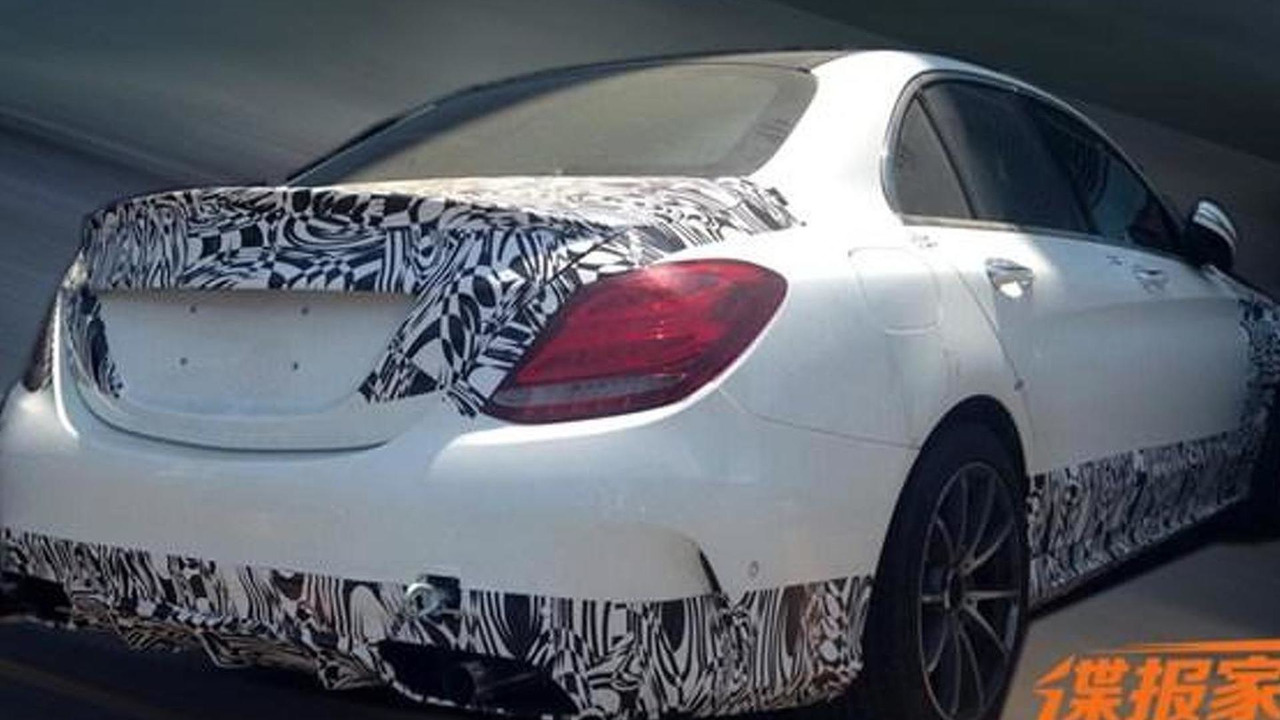 The upcoming Mercedes-Benz C63 AMG Sedan has been spied up close in China ahead of a full reveal allegedly scheduled for September 24.

The upcoming Mercedes-Benz C63 AMG Sedan has been spied up close in China ahead of a full reveal allegedly scheduled for September 24.

The white prototype was spotted wearing a minimal amount of camouflage and the photographers were able to snap a few shots of the interior cabin which had leather-wrapped sport seats and a different speedometer going all the way up to 320 km/h (199 mph). On the outside it had the usual AMG ingredients such as the beefier bumpers, larger alloys, a quad exhaust setup and a lowered sports suspension.

Power will be provided by a newly developed twin-turbo V8 4.0-liter engine sourced from the AMG GT. In the latter it will churn 510 PS (375 kW) and 479 lb-ft (650 Nm) but most likely AMG's engineers will offer a slightly detuned version in the C63 AMG with approximately 480 PS (353 kW) and slightly more in the rumored S-Model that will also come with revised styling and larger brakes.

A public debut which will also include the estate version will occur at the beginning of October during the Paris Motor Show when Mercedes-Benz will also open up the order books. Deliveries should kick off before the end of the year or early 2015.

Gallery: Mercedes-Benz C63 AMG sedan spied inside and out in China