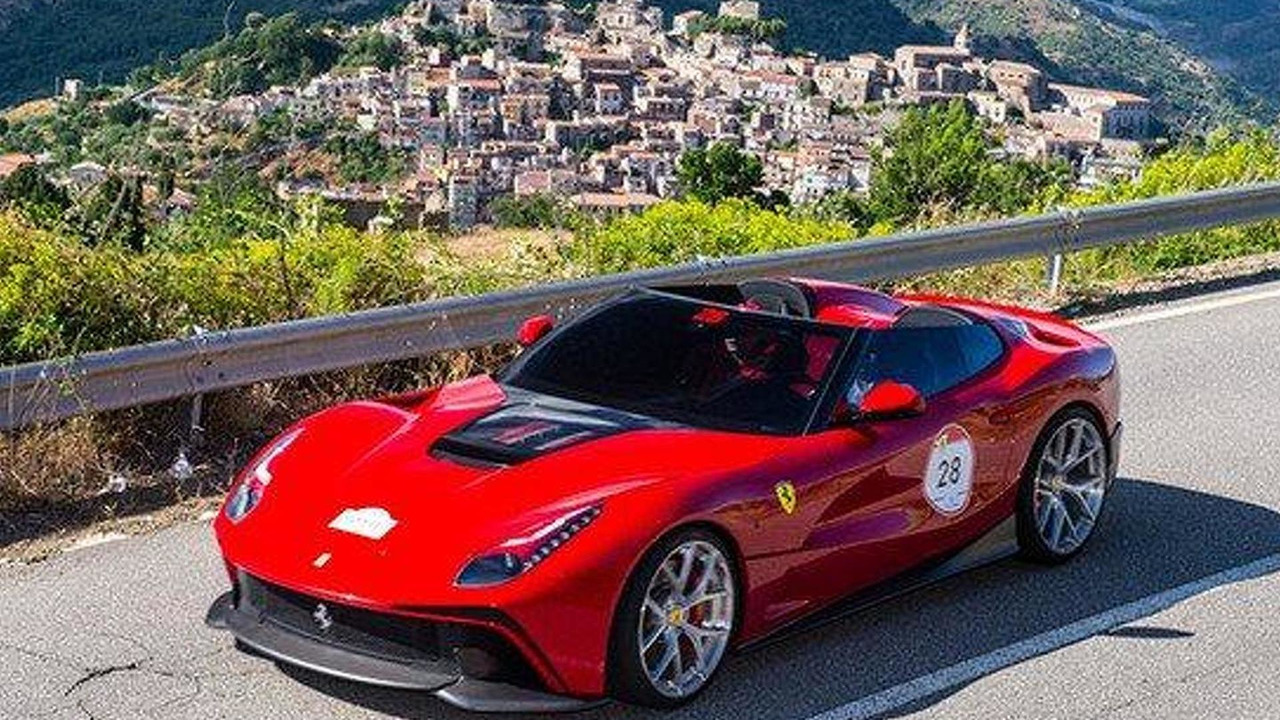 A high-end Ferrari customer wanted a bespoke F12 Berlinetta with an open-air cabin with influences from the 1957 250 Testa Rossa. Ferrari promptly responded with the TRS which looks more aggressive than the regular F12 and boasts a window in the engine lid offering a view of the V12 engine's red cylinder heads. It also comes with a wraparound windscreen forming a long dark band of glass which contrasts the car's striking red body.

The back of the car shows an evolution of the F12's T-shaped graphic with a smooth ramp that runs from the central tunnel to create a connection between the interior and the exterior. Speaking of the interior, the cabin adopts a minimalistic appearance with fewer buttons and knobs as the controls for the audio system, windows together with the central air vents, glove compartment, mats and holders have all been removed. A combination of Alcantara, leather and black matte carbon fiber was used to spice up the look and feel.

Ferrari hasn't disclosed the car's price tag but it is believed the customer paid close to 4.2M USD.