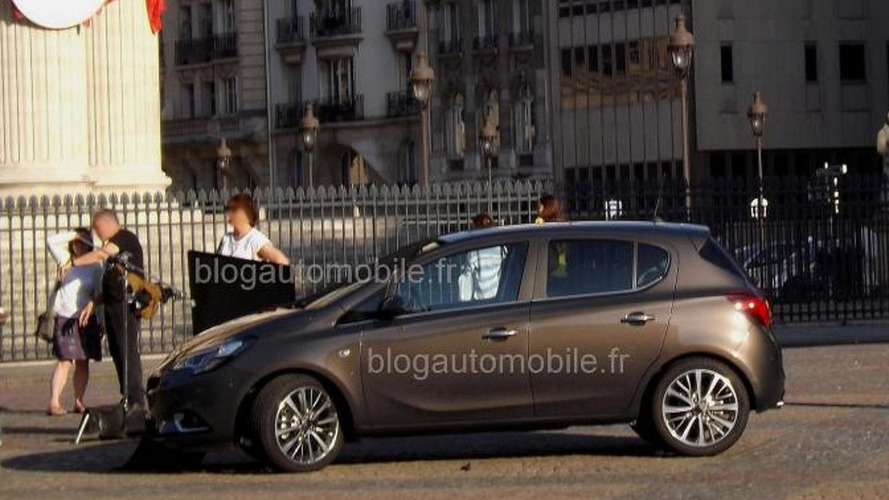 The 2015 Opel Corsa has been captured on camera a couple of times without any sort of camouflage in both three- and five-door guises.

The 2015 Opel Corsa has been captured on camera a couple of times without any sort of camouflage in both three- and five-door guises.

So far we had many spy shots and a teaser with the 2015 Corsa and now the first fully revealing images have surfaced the web showing both three- and five-door models. Opel says it will be an entirely new car but the very familiar body shape reveals it will likely be a more comprehensive facelift of the current model.

The five-door brown Corsa was spotted during a photo shoot in Paris while the red & black three-door cars were also seen on the streets of France's capital.

It will adopt an Adam-inspired front fascia with different headlights that have a darker trim along with a new look for the fog lights. Also fresh are the alloy wheels and the lower crest running along the door's length, while at the back there are Meriva-like taillights together with a reshaped bumper.

It is believed the 2015 Opel Corsa will be revealed online on July 10.

Additional images can be found at the source links below.