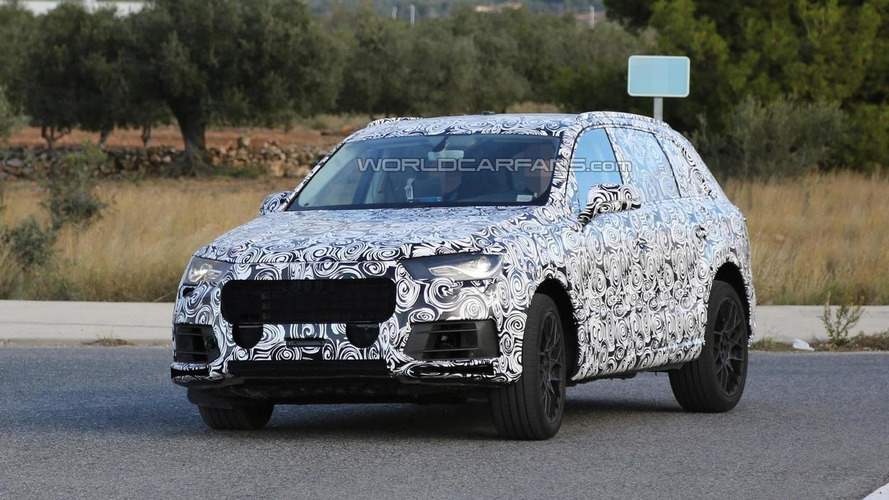 According to a recent report, the 2015 / 2016 Audi Q7 will be offered with an engine that features an electric turbocharger.

According to a recent report, the 2015 / 2016 Audi Q7 will be offered with an engine that features an electric turbocharger.

Speaking to Drive, Audi's head of diesel engine development, Ulrich Weiss, said “I can confirm we are working on the development of the e-boost [engine]" and will bring it to market "very soon." When asked if the engine could debut in the next-generation Q7, Weiss declined to comment but cracked a smile which seemingly confirmed the news.

As we have previously reported, Audi has been working to e-turbo technology for several years. In 2012, they were testing the system on a twin-turbo 3.0-liter TDI V6 which gave it a "distinct boost in performance." More recently, they unveiled the RS5 TDI concept which featured an electrically assisted twin-turbo 3.0-liter TDI V6 that produced 385 PS (283 kW) and 750 Nm (553 lb-ft) of torque.

Speaking of the latter model, Weiss said the feedback has been very good and there might be a market for a production model in the future.