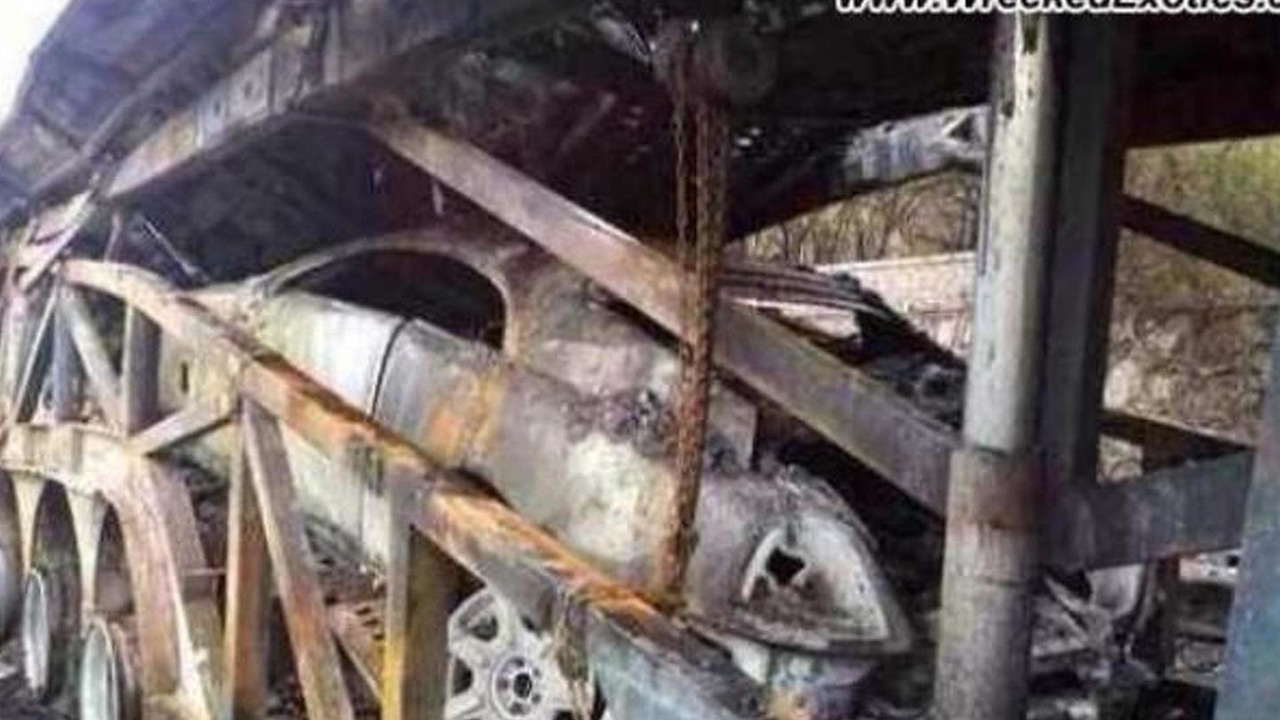 A platform transportation truck carrying luxury vehicles and supercars in China recently caught fire and was reduced to ashes. A couple of exotic cars were involved in the incident and met a fiery end.

There are no details as to what caused the fire, but wreckedexotics reports a Rolls-Royce Wraith was totally destroyed, which means this is the first documented accident involving the British two-door vehicle. Everything except the metal construction of the car seems to have melted.

We don’t have the full list of vehicles on the trailer, but an Audi R8 and a Porsche Cayenne were reportedly also burned.