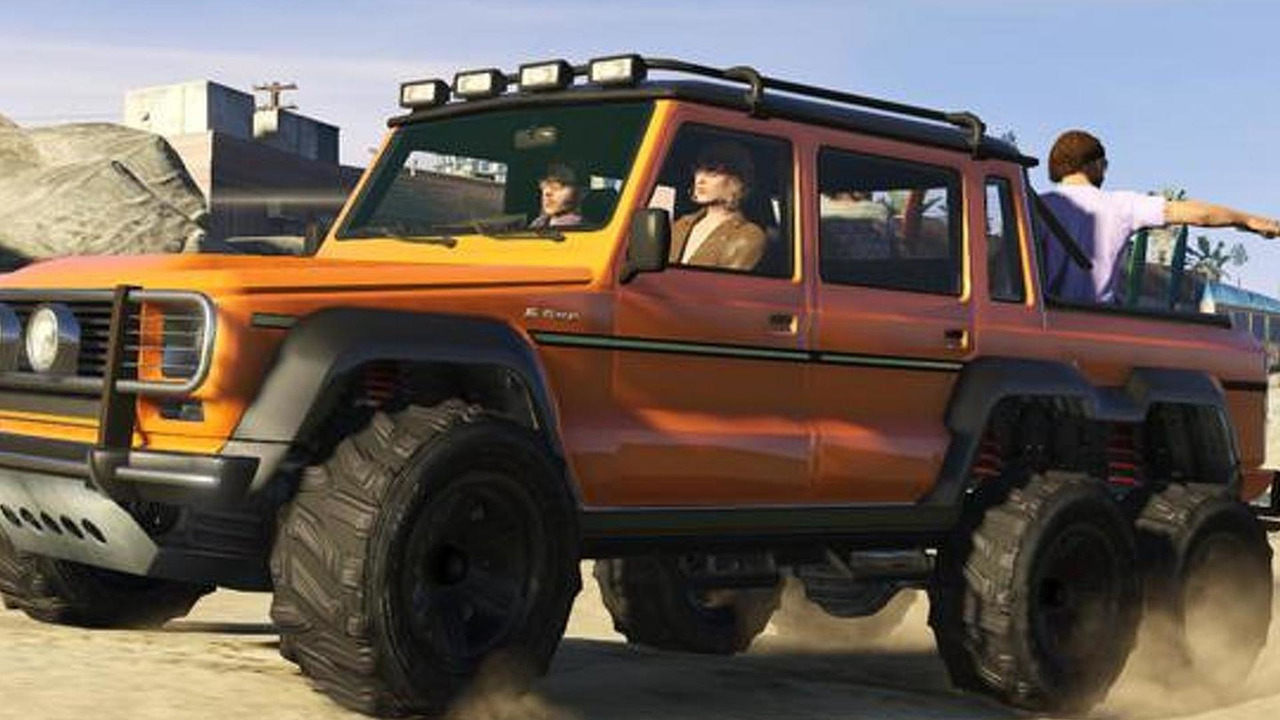 The outrageous Mercedes-Benz G63 AMG 6x6 is now indirectly featured in Grand Theft Auto V where it's known as "Dubsta."

Tonight when you get home from work you might want to boot up your Xbox 360 or PlayStation 3 if you have GTA V as Rockstar Games has prepared a free "I'm not a hipster update" which among many additions includes an unlicensed Mercedes-Benz G63 AMG 6x6. Named "Dubsta", the "massive 3-axel, 6-seater" is unlocked once you hit rank 100.

There are additional new cars which imitate various models such as the Smart ForTwo, Ford Falcon, Mercedes-Benz 240, AMC Pacer, Hakosuka Skyline and the Citroën SM. The update also includes 12 extra jobs along with various tweaks to fix known glitches.