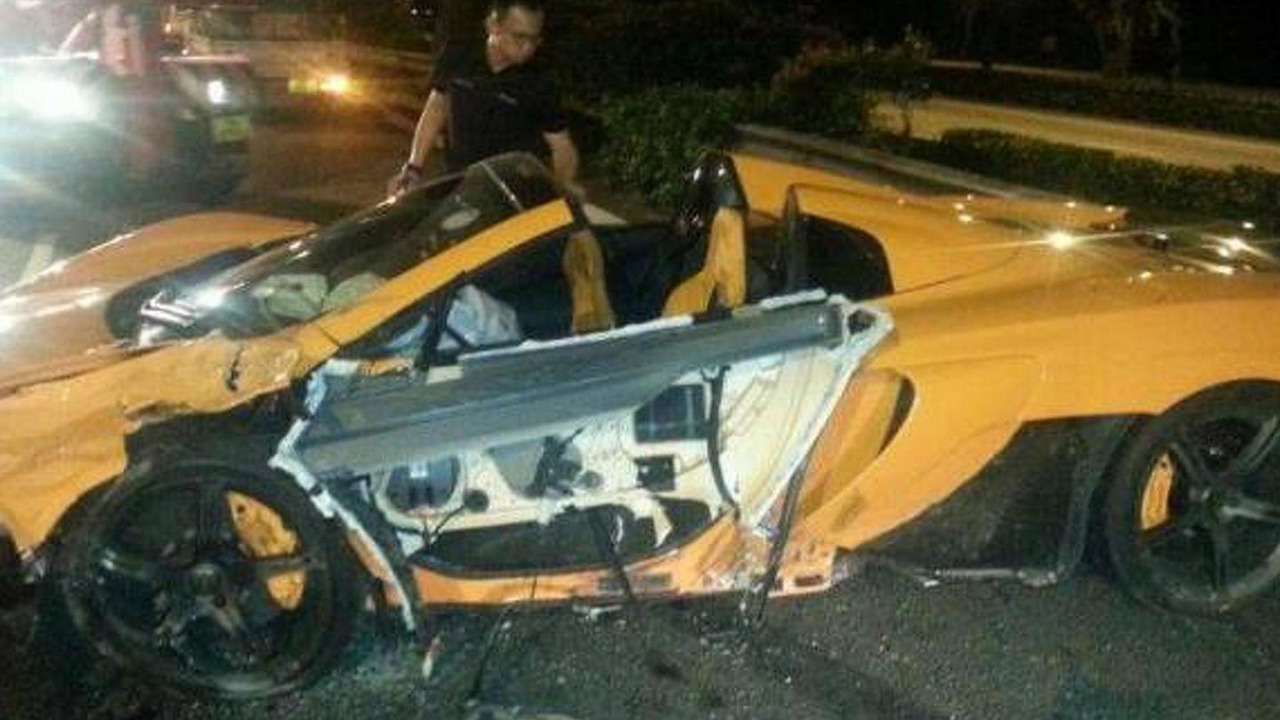 A 2014 McLaren 650S Spider crashed several days ago in Singapore during a customer test drive.

A 2014 McLaren 650S Spider crashed several days ago in Singapore during a customer test drive.

It was only March when McLaren introduced the 650S Spider at the Geneva Motor Show and already a crash has been registered with the 12C Spider replacement. It happened a few days ago in Singapore in the evening hours on a highway where the traffic wasn't that heavy at the moment of the incident according to local reports.

Details as to how this happened are not available at this point but the impact was quite intense as the 12C Spider suffered extensive damages and most likely it's beyond repair. The totaled vehicle belonged to a local McLaren dealer and behind the wheel was a potential customer taking the 650S Spider for a test drive which unfortunately ended with an impromptu crash test.