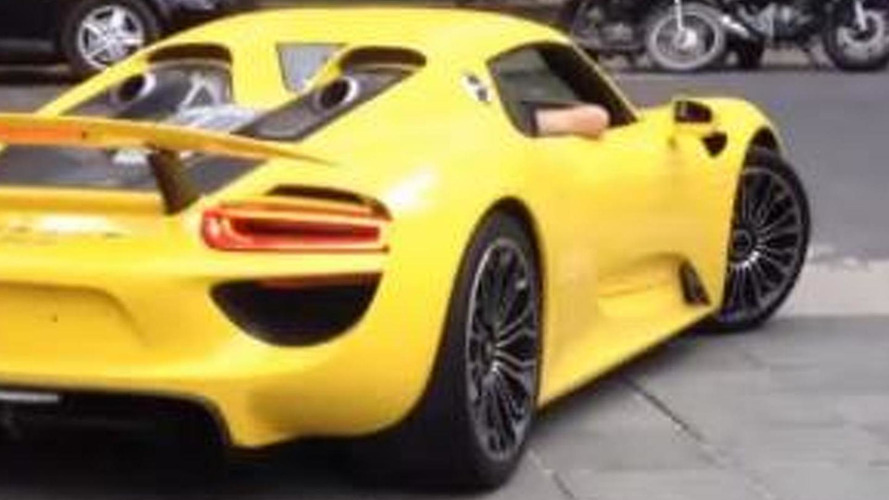 A Porsche 918 Spyder featuring a flashy Racing Yellow paint was filmed roaming the streets of Brazil.

A Porsche 918 Spyder featuring a flashy Racing Yellow paint was filmed roaming the streets of Brazil.

Last week we saw Jay Kay's Kermit Green La Ferrari and now a Racing Yellow Porsche 918 Spyder was caught on camera in Brazil ready to support the local team for the 2014 World Cup. Porsche will produce only 918 units and probably most of them will wear the Liquid Metal Silver paint like the one Jay Leno drove earlier this year while those who will pay more for the optional Weissach package will probably order the Martini livery as well. Zlatan Ibravimovic selected a black hue for his 918 Spyder which comes with green brake calipers.