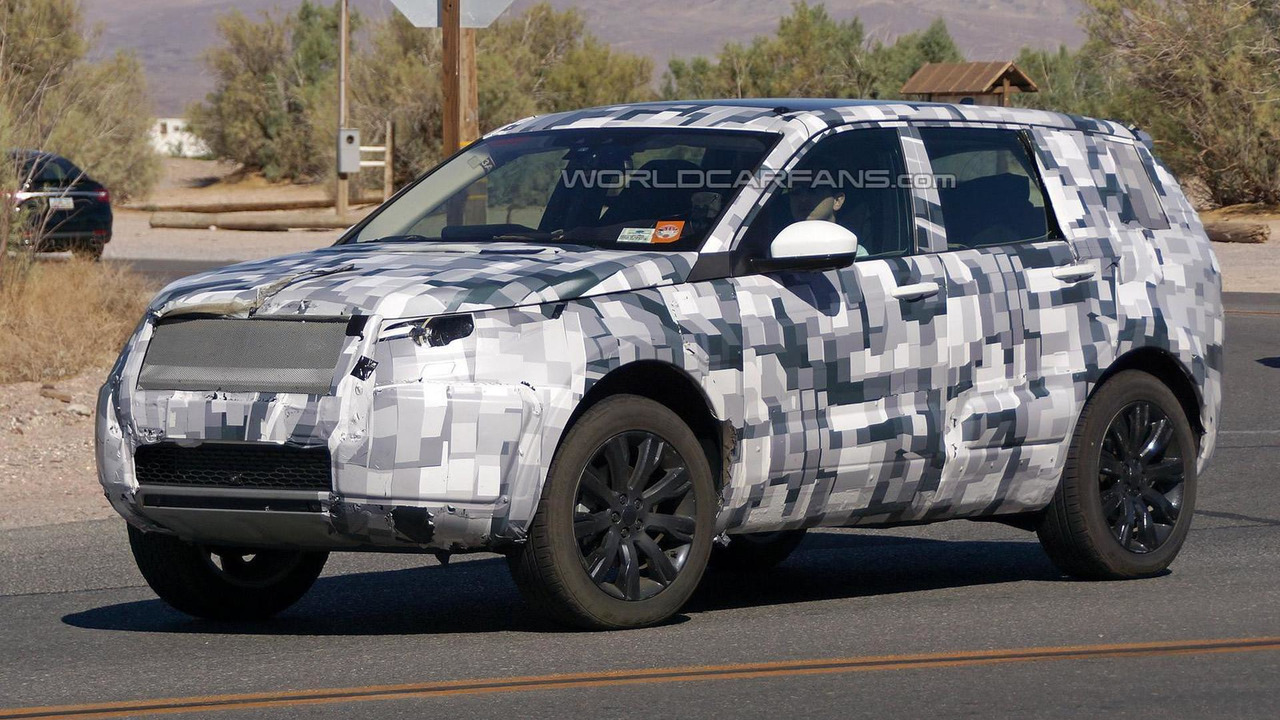 The 2015 Land Rover Discovery Sport has been spied for the first time undergoing testing in United States.

The 2015 Land Rover Discovery Sport has been spied for the first time undergoing testing in United States.

Set to become the "most versatile and capable SUV in its segment", the Discovery Sport will act as a replacement for the outgoing Freelander but it will be a little bit bigger. The prototype spotted stateside was wrapped in a full body camouflage hiding most of the design but it's easy to notice the vehicle will take some styling cues from the Range Rover Sport and Evoque.

The model was previewed earlier this year by the Discovery Vision concept and we can see on this prototype that it will have a tailgate-mounted spoiler together with a sloping roofline and a dual exhaust arrangement. Taking into account we are dealing with an all-new model part of a revamped lineup, many people would have wanted a more differentiated design but nowadays most car manufacturers apply only subtle changes from one model to the other.

It is believed the 2015 Land Rover Discovery Sport - characterized as an "all-new premium compact SUV" - will ride on an extended platform of the five-door Range Rover Evoque and will be offered with newly developed more economical 4-cylinder gasoline and diesel Ingenium engines.

Land Rover has already confirmed the Discovery Sport will enter production in 2015 so it will likely be introduced next March at the Geneva Motor Show.