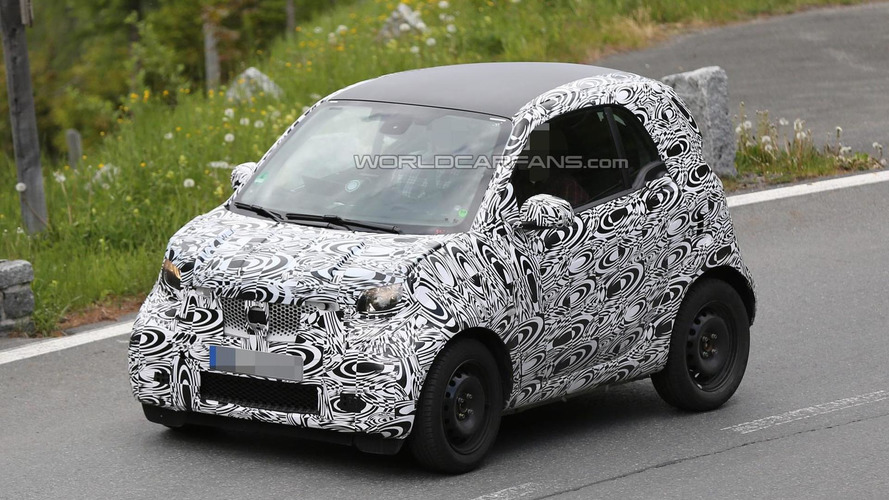 German media is indicating the next generation Smart ForTwo and ForFour will be introduced in Berlin on July 16, before going on sale this September.

German media is indicating the next generation Smart ForTwo and ForFour will be introduced in Berlin on July 16, before going on sale this September.

The ForTwo will retain the 2629mm overall length of the outgoing model but its width is expected to grow by 100mm (at 1659mm). As for the ForFour, the model will be 3500mm long which would make it considerably shorter than the previous model that had an overall length of 3752mm. Both models will retain the rear-wheel drive layout and will be offered with a standard five-speed manual gearbox as well as an optional six-speed dual-clutch transmission.

Other known facts refer to the availability of rear parking sensors, a rear-view camera system and daytime running lights integrated in the headlights while the turn signals will be installed in the front bumper. Both of them will likely take visual cues from the 2011 ForVision concept and on the inside will come with a three-spoke steering wheel featuring built-in controls for telephony and audio while the tachometer will be positioned near the A-pillar.

Customers will be able to order the new Smart ForTwo and ForFour starting July 31, with deliveries set to kick off sometime in September.

Gallery: Next-gen Smart ForTwo and ForFour to be unveiled on July 16 - report