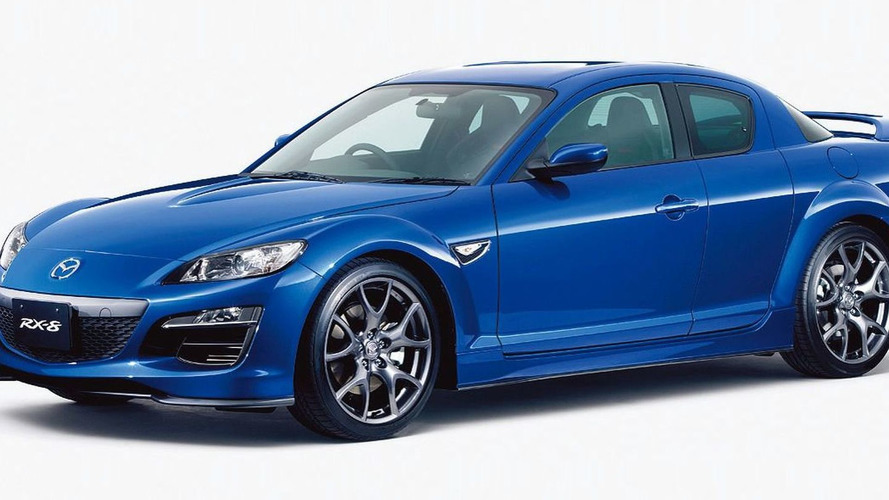 British media is reporting Mazda is currently developing an RX-8 successor set for a 2017 release with a newly developed rotary engine.

British media is reporting Mazda is currently developing an RX-8 successor set for a 2017 release with a newly developed rotary engine.

Ever since the RX-8's demise in June 2012 when production of the JDM-spec Spirit R special edition ended, many rumors emerged about a successor equipped with a rotary engine. It now seems an RX-9 (name not confirmed) will be introduced in 2017 to celebrate the 50th anniversary of the Cosmo Sport which was Mazda's first model powered by a rotary engine.

It is believed Mazda's engineers will manage to fix the Wankel engine's well-known problems related to high oil and fuel consumption and they will also increase torque without having to resort to a turbocharger. Expect an array of SkyActiv technologies and a power output somewhere in the region of 300 bhp (224 kW) sent to the rear wheels.

As a method to shave off weight, the model could adopt a two-door configuration like the RX-7 rather than RX-8's special four-door body style. It will ride on an extended platform of the new MX-5 and will be offered with a 6-speed manual gearbox and an optional 5-speed automatic.

Like previous reports, take this latest one with a pinch of salt.