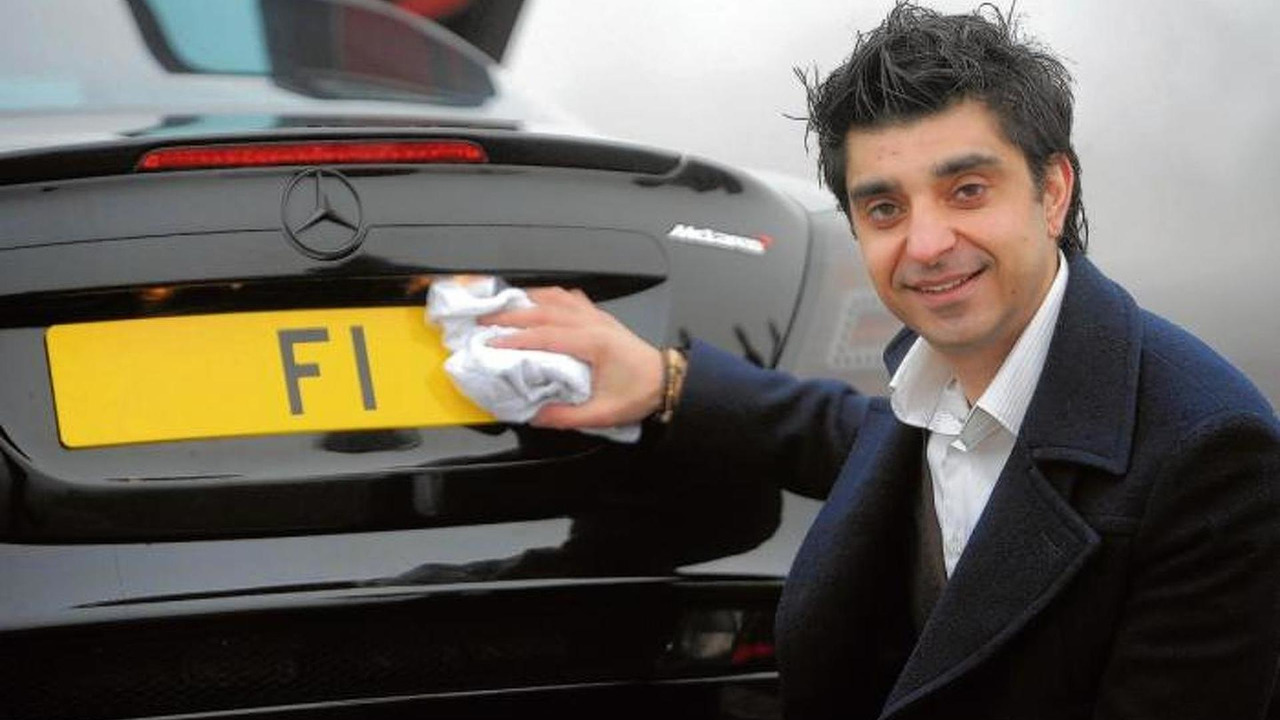 It all started in 2007 when Afzal Kahn purchased the "F1” license plate for "just" 440,000 GBP and over the years he used it on several cars including this black McLaren SLR and also on a Bugatti Veyron. Last year, someone made him an offer for more than 6M GBP but Afzal turned down because he believed the license plate is worth even more than that.

Now, the most desirable license plate in the world is up for grabs but Afzal Kahn will not give it away for anything less than a staggering 10M GBP price tag. However, we won't be surprised if someone will eventually pick it up as an investment since the license plate's value will likely increase in the years to come.