2016 Bentley crossover spied inside & out 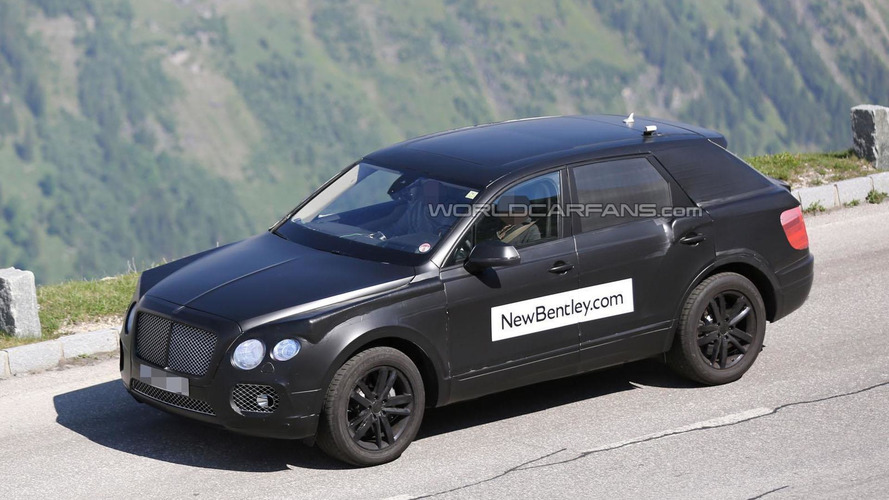 Bentley's upcoming crossover has been caught undergoing testing in the Alps. See the photos inside

Bentley's upcoming crossover has been caught undergoing testing in the Alps.

Snapped wearing a disguised production body, the model resembles an odd mash up of the Continental GT and EXP 9 F concept. Thankfully, the styling cues from the latter model have been toned down as the prototype has thick padding that attempts to hide the more svelte shape.

Our spies also snapped a few interior photos and they reveal the crossover will have a digital instrument cluster and circular air vents that protrude from the top of the dashboard. We can also see a dual cockpit layout with plenty of wood trim and metallic accents.

Bentley has been relatively quiet about specifications but the model will ride on the MLB Evo platform and is expected to be offered with a twin-turbo 4.0-liter V8 and possibly even the company's 6.0-liter W12. The British luxury marque has also confirmed plans for a plug-in hybrid variant in 2017.

Gallery: 2016 Bentley crossover spied inside & out