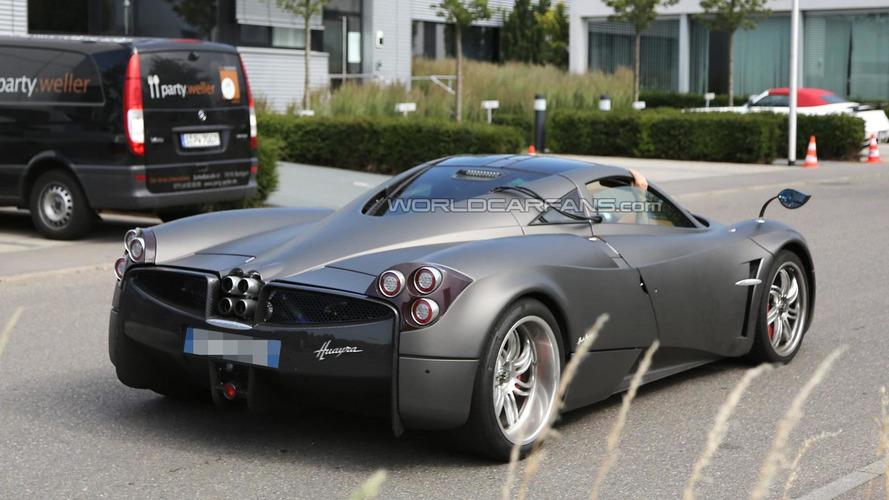 A mysterious Pagani Huayra prototype was spied recently on the Nürburgring, thus fueling rumors about a Nürburgring Edition.

A mysterious Pagani Huayra prototype was spied recently on the Nürburgring, thus fueling rumors about a Nürburgring Edition.

It was less than two days ago when a report indicated Pagani is working on a track-focused version of the Huayra called Nürburgring Edition and now a test mule was spied near the namesake track. It looks exactly the same as the standard version with the exception of the cables coming out of the engine area and going inside the cabin where these were probably hooked up to a computer.

If this is indeed the Nürburgring Edition, expect production to be capped at 10-25 units and all of them will probably go through a considerable diet with more carbon fiber use, a stripped out cabin and other weight-saving measures. Output of the AMG V12 6.0-liter twin-turbo engine will likely be taken beyond the current 710 PS (522 kW) and 1,000 Nm (737 lb-ft) level. Thanks to these changes, the 0-62 mph (0-100 km/h) run will probably take around 3 seconds since the stock model does the sprint in 3.3s.

Based on previous experiences with the Zonda, expect a wide array of Huayra special editions in the years to come.