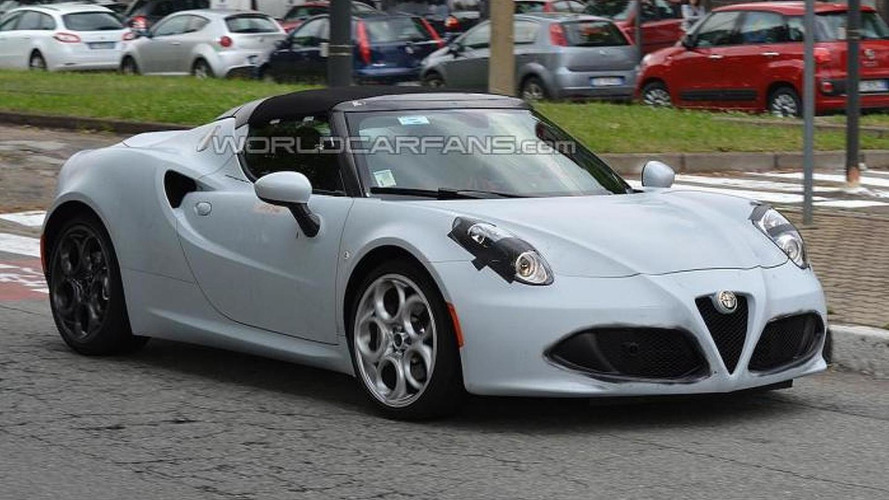 A virtually undisguised prototype of the Alfa Romeo 4C Spider was caught on camera testing ahead of next year's market launch.

A virtually undisguised prototype of the Alfa Romeo 4C Spider was caught on camera testing ahead of next year's market launch.

It doesn't come as a surprise Alfa Romeo hasn't wrapped this prototype in camouflage since back in March at the Geneva Motor Show they introduced a 4C Spider concept which painted a clear picture of what to expect from the production model. It will reach dealerships in the first half of 2015 and will look almost the same as the fixed top version, with the exception of the black canvas roof and lightly revised headlights.

The concept came with carbon fiber rollover bars, spoilers and windscreen frame which enabled the car to gain only 60 kg (132 lbs) compared to the regular 4C. The prototype seen here has the exhaust mounted at the extremities of the rear bumper but in the final configuration the 4C Spider could have the concept's centrally-positioned exhaust pipes.

Alfa Romeo has already disclosed plans to kick off production at the beginning of 2015 so a reveal will likely occur this October at the Paris Motor Show.