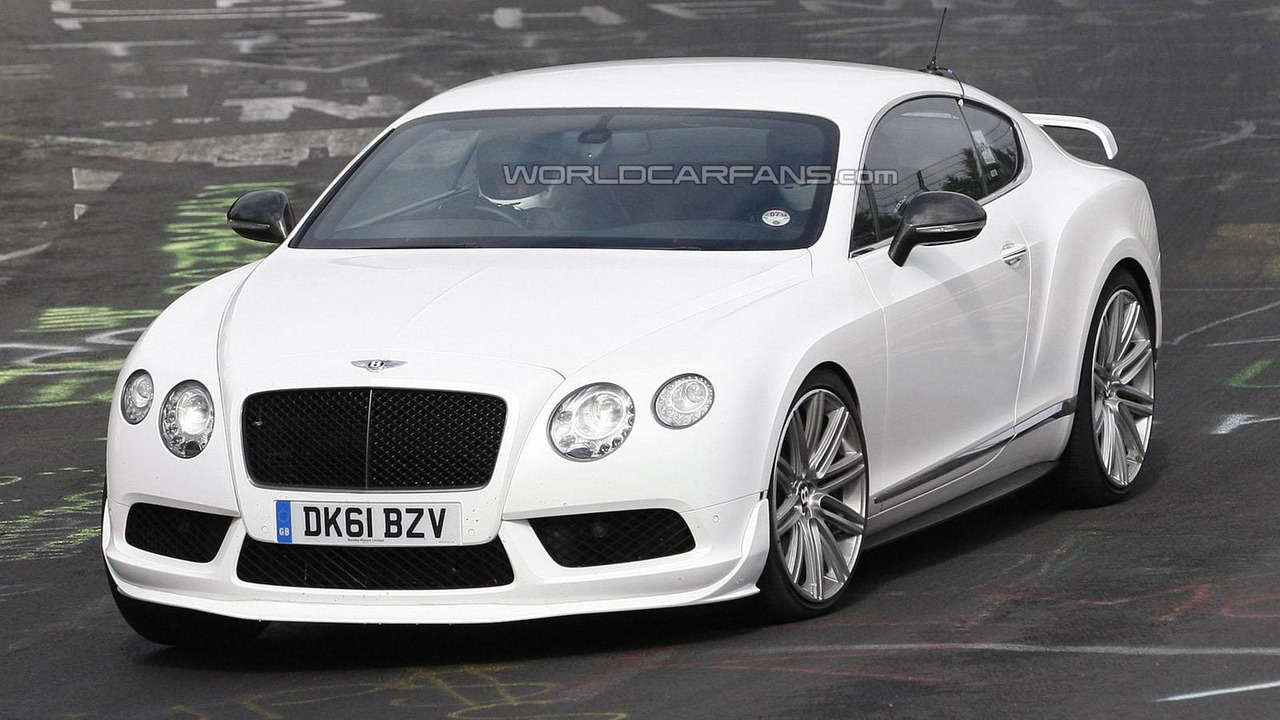 A new report indicates Bentley will introduce a high-performance Continental GT at the end of this month at Goodwood Festival of Speed.

A new report indicates Bentley will introduce a high-performance Continental GT at the end of this month at Goodwood Festival of Speed.

At last year's Goodwood FoS we saw Bentley's track-only Continental GT3 and now the British marque is preparing for its road-going sibling which has been caught on camera a couple of times by spy photographers. The vehicle will allegedly pack no less than 700 bhp (522 kW) delivered to the rear wheels and aside from the added oomph it will also shave off weight by using carbon fiber in the body construction.

Bentley's race engineers are in charge of performing fine-tuning on the flagship Continental which could adopt the RS moniker. Further weight saving measures will likely be implemented while a rear wing along with other tweaks will increase the vehicle's aerodynamic efficiency.

Production will allegedly be capped at 30 units and all of them have already been sold to UK customers, even though the model hasn't been officially presented. It is understood it will be shown between June 26 and 29 at the Goodwood Festival of Speed.