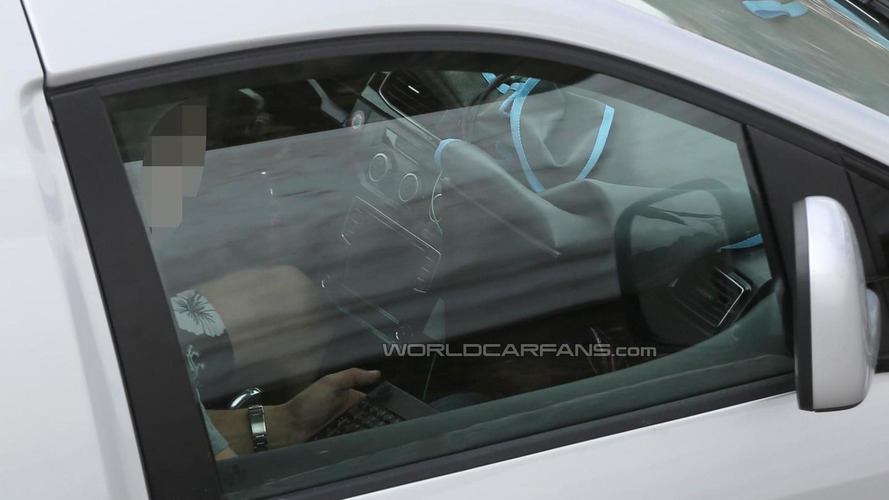 Several prototypes of the facelifted Volkswagen Caddy were caught on camera once again while undergoing testing.

Several prototypes of the facelifted Volkswagen Caddy were caught on camera once again while undergoing testing.

Based on the camouflage worn by these cars, Volkswagen is preparing some minor revisions to both front and rear fascias of the Caddy as well as on the area around the side turn signals. Expect to find redesigned headlights and taillights, as well as moderately tweaked bumpers and a fresh front grille.

More significant changes will be inside the cabin where the 2015 Caddy facelift appears to have a more upscale look with better materials and finish, along with probably a larger touchscreen display for the infotainment system.

We won't have to wait too long to see the revised Caddy as an official launch should occur before the end of the year. It will be the second facelift for the model after the one introduced in late 2010. The current generation Caddy has been on sale since 2003 and will receive an all-new model sometime in 2017.