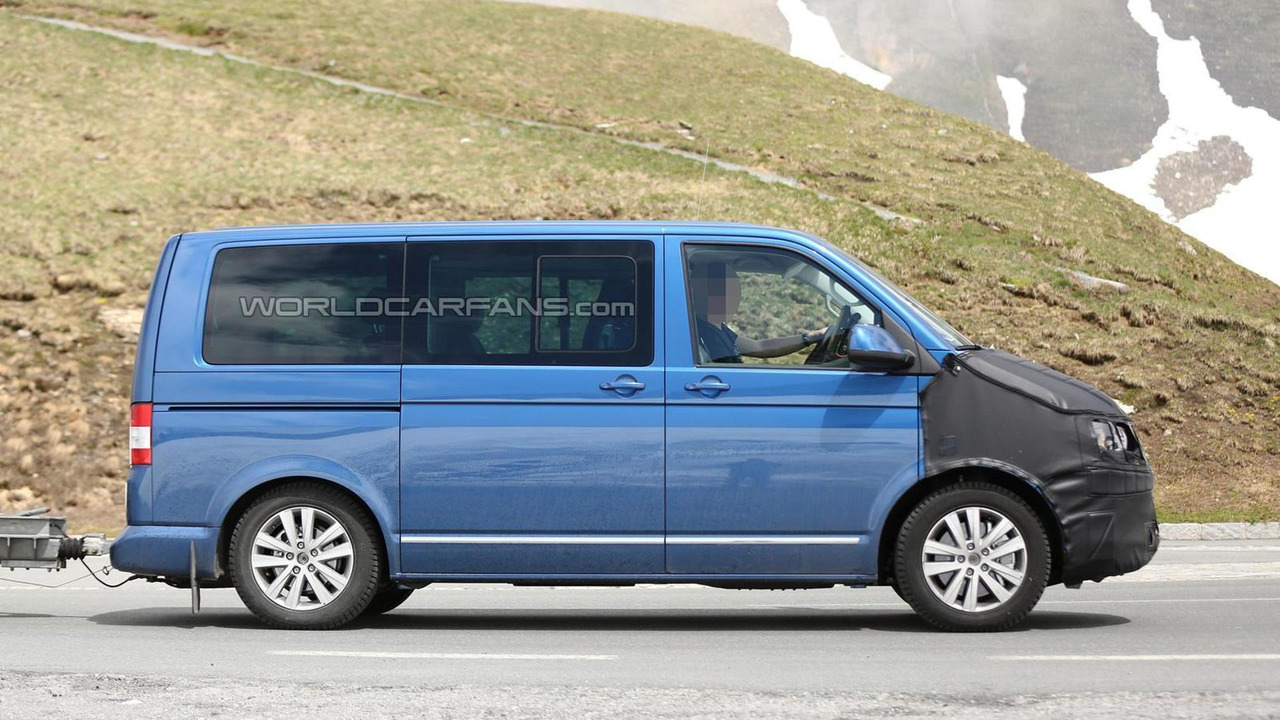 A couple of Volkswagen T6 prototypes were spotted by our spy photographers ahead of an expected 2015 market launch.

A couple of Volkswagen T6 prototypes were spotted by our spy photographers ahead of an expected 2015 market launch.

At this moment it's unknown whether we are dealing with an all-new T6 or just a facelifted T5. It could turn out to be a heavily revised version of the T5 that will wear the T6 badge. For the moment only the front fascia is wearing camouflage but it is believed exterior changes are more extensive and in the months to come prototypes featuring more disguise will undergo testing.

Some of the expected exterior changes include larger headlights along with a redesigned front grille and more air intakes. Compared to the outgoing version, the front fascia seems to be a bit rounder while the interior cabin will also go through some tweaking.

According to WCF user BartoszKnop, Volkswagen is testing adaptive cruise control which will be offered as optional equipment, along with multi-collision brake and dynamic chassis control. The headlights are bound to receive LED tech while under the hood there will be a 4-cylinder, 2.0-liter bi-turbodiesel outputting 225 PS (165 kW). It will be offered exclusively with a seven-speed DSG and a 4MOTION system with Haldex coupling.

Chances are it's the same engine which will power the upcoming 2015 Passat where it will offer 240 PS (177 kW) and 500 Nm (369 lb-ft). In the new Passat, the motor will work exclusively in an identical 4MOTION, seven-speed DSG configuration.

The Volkswagen T5 facelift / T6 is most likely scheduled to come out sometime next year.