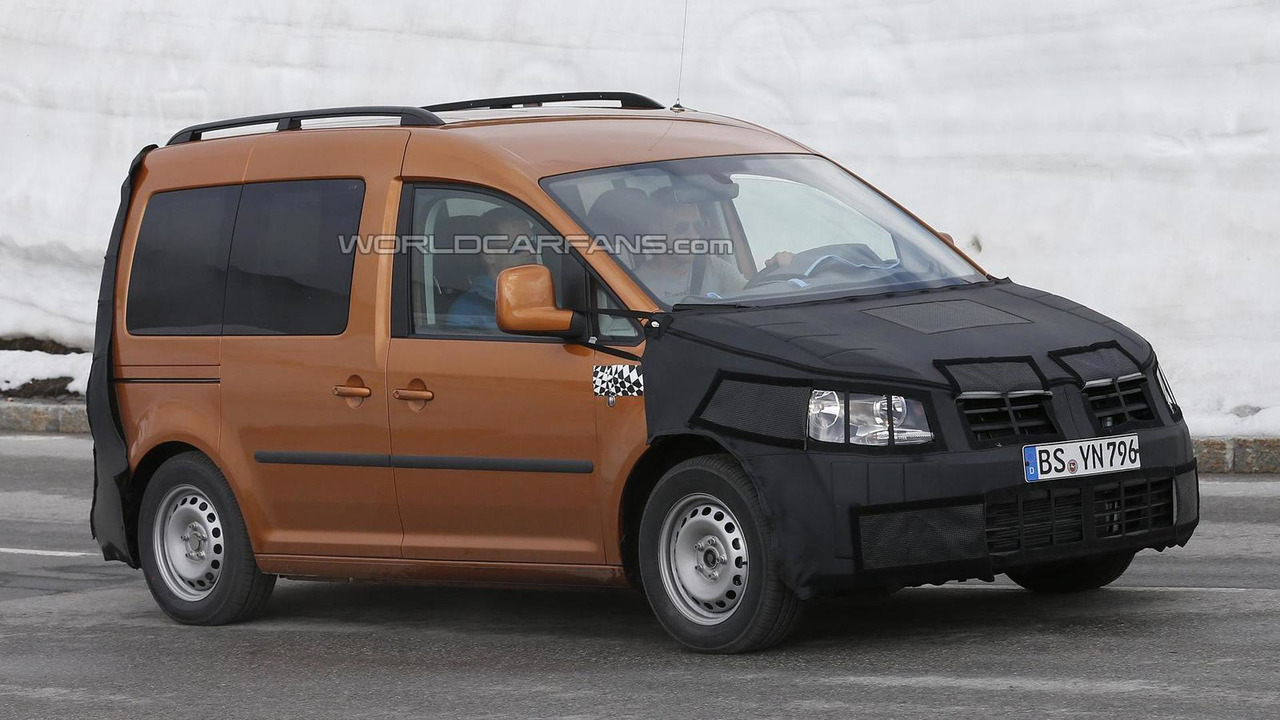 Our spies have sent us an additional batch of photos with the 2015 Volkswagen Caddy facelift.

Our spies have sent us an additional batch of photos with the 2015 Volkswagen Caddy facelift.

This orange prototype was caught undergoing testing in the Swiss Alps sporting camouflage on the front and rear fascias. Changes will be moderate at best as Volkswagen will be applying only a minor facelift to keep it fresh until the all-new model will come out in 2017. The third generation went on sale in 2003 and received a facelift towards the end of 2010 and now it's about to get a makeover for the front grille, headlights and taillights as well as both bumpers.

Expect some updates inside the cabin which should pack better materials and revised technology and there could also be some changed under the hood where the 2015 Caddy facelift will probably receive updated engines with improved fuel efficiency and lower CO2 emissions.

An official reveal is likely programmed in the months to come, with sales to commence before the end of the year.