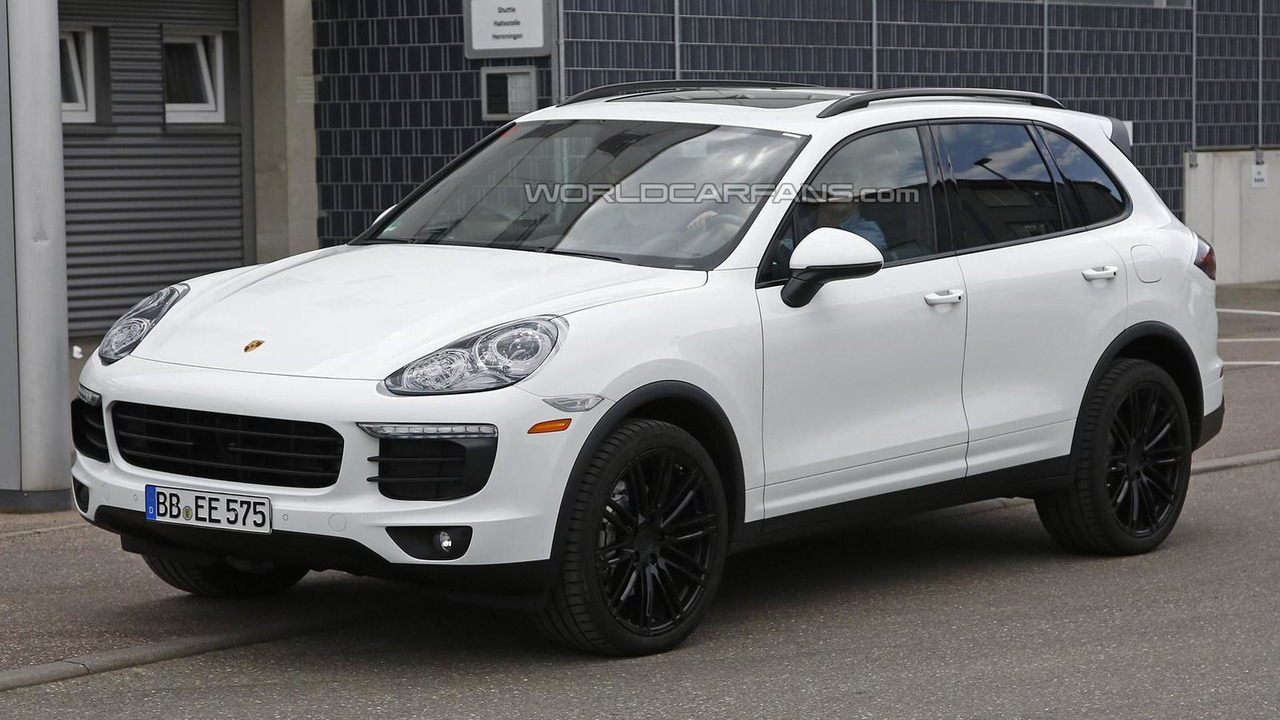 We are getting closer and closer to the 2015 Cayenne's unveiling as this is the second time our spy photographers have snapped pics of a barely disguised prototype. Just like before, only the headlight and taillight design has remained hidden beneath some stickers and chances are they will feature a Macan-inspired look. The front fascia shows a slightly altered grille, updated bumper and a revised LED horizontal bar of daytime running lights.

There could be some changes in the engine area where we expect to find a 420 bhp & 384 lb-ft 3.0-liter V6 twin-turbo in the hotter Cayenne S as a replacement for the larger and thirstier 4.8-liter V8. In addition, a more frugal E-Hybrid derivative with significantly lowered fuel consumption is rumored to pack a 3.0-liter V6 and an electric motor granting a 416 bhp & 435 lb-ft total output.

The 2015 Porsche Cayenne facelift should go on sale before the end of the year, following a public debut in October at the Paris Motor Show.