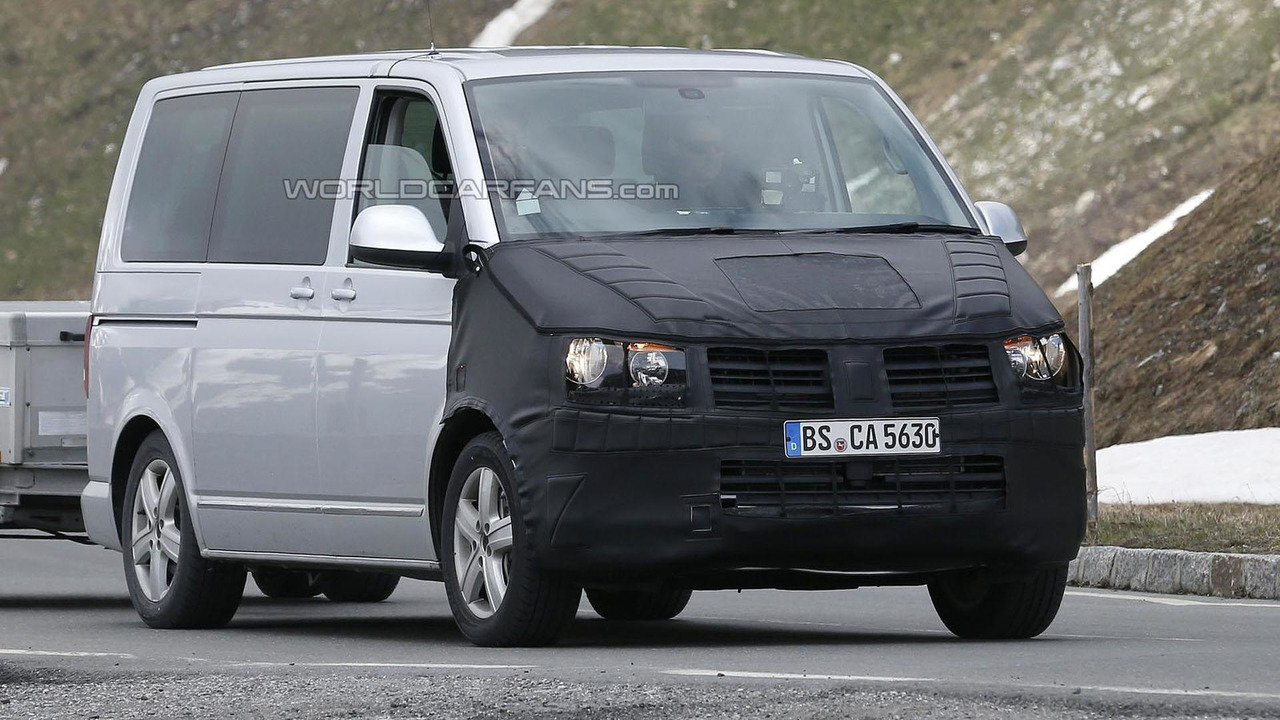 Our spies have managed to snap a mysterious Volkswagen undergoing testing in Europe. It could be a facelifted T5 or a mule for the upcoming T6.

Our spies have managed to snap a mysterious Volkswagen undergoing testing in Europe.

While the model appears to be a facelifted T5, previous reports have indicated the van will be called the T6 when it is introduced sometime next year.

Despite the name change, the model is expected to be heavily influenced by its predecessor and share several components with the outgoing model. However, there should be an upgraded interior with modern infotainment and assistance systems.

Earlier reports have suggested the van could borrow styling cues from the 2013 e-Co-Motion concept but it's a little too early to tell how extreme Volkswagen will go with the upcoming model.