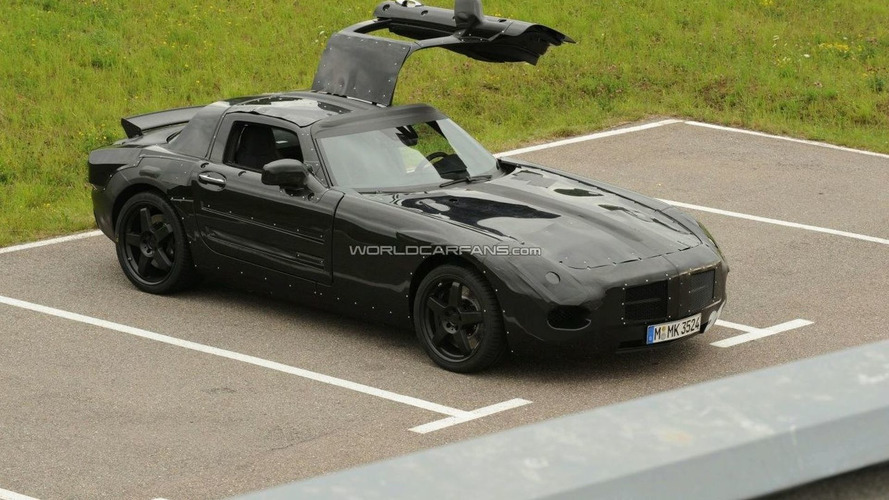 We've just caught the first shots of the rumoured Merc SLC Gullwing, with one of the doors wide open!

As far as we know these are the very first pictures of the so-called SLC Gullwing revival prototype actually showing its 'gullwing' doors. Its existence rumored since the first prototype images surfaced in the American dessert over a year ago, the project, which is being developed by AMG partner in Deutsche Tourenwagon Masters (DTM) championship, HWA Racing, pays homage to the legendary 300 SL Gullwing from the fifties.

According to Car Magazine, the Gullwing will be aimed primarily at the Porsche 911 Turbo with a target price of roughly €150,000 – both a coupe (codenamed C197) and a roadster (codenamed R197) will be produced and it will be slightly smaller than the outgoing SLR.

The coupe is likely to make its debut at the 2010 Geneva Motor Show with the roadster set to arrive a year later, there are only 6000 units of each model planned and is currently penciled in to cease production in 2013.