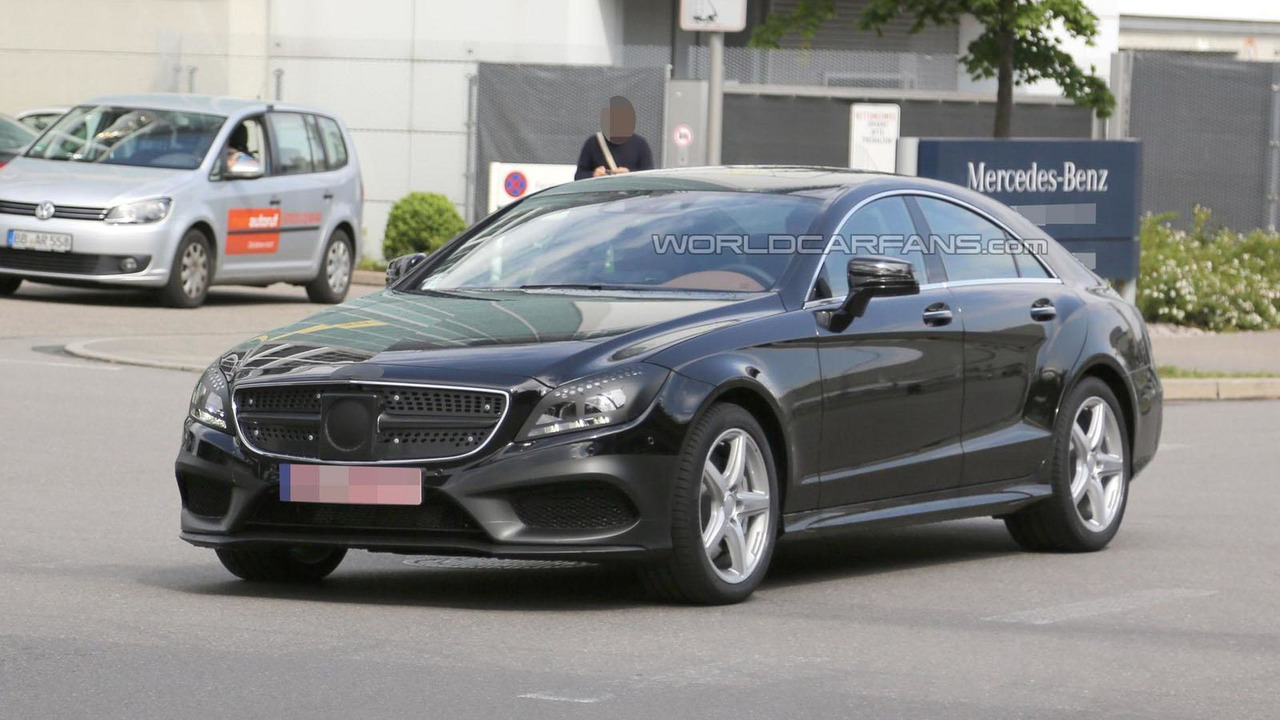 The 2015 Mercedes CLS has been spied wearing less disguise than ever before. See the photos inside

The 2015 Mercedes CLS has been spied wearing less disguise than ever before.

Looking virtually production ready, the facelifted model has been equipped with aggressive bumpers which could suggest this prototype features an AMG package. Regardless, we can also see a revised grille and modified head- and taillights.

The interior largely carries over but there's a new steering wheel with metallic accents. The model will also feature a freestanding COMAND display which is significantly larger than its predecessor.

Engine options will likely carryover, so expect the usual assortment of petrol and diesel units.

Daimler CEO Dr. Dieter Zetsche has previously said the CLS and CLS Shooting Brake will be unveiled in October but recent reports have suggested the models could make an early debut at the Goodwood Festival of Speed later this month.