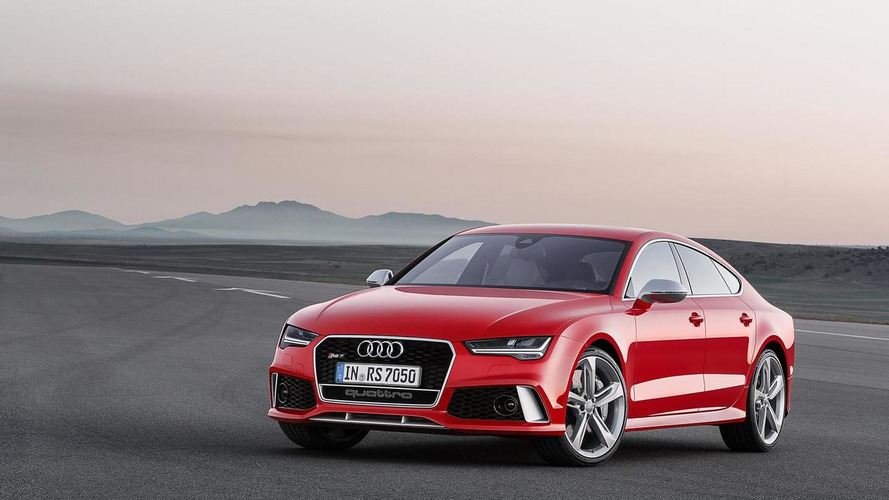 Following the introduction of the A7/S7 Sportback facelift, Audi has now revealed the range-topping RS7 version which carries over the changes of its lesser siblings.

Following the introduction of the A7/S7 Sportback facelift, Audi has now revealed the range-topping RS7 version which carries over the changes of its lesser siblings.

The visual tweaks are borderline undetectable but upon a closer inspection you will notice the singleframe honeycomb front grille with sharper corners while optionally Audi is offering matte aluminum, glossy black and carbon packages for an extra touch. The front bumper boasts slightly altered air inlets and there are also fresh body paint colors such as Sepang Blue, Mythos Black, Glacier White and Floret Silver.

The most important change is the adoption of (optional) matrix LED headlights as seen in the A8/S8 facelift as well as in the revised A7/S7 but on the RS7 these have a darker trim. Inside the cabin there's a modestly revised instrument cluster along with tweaked air outlet controls, updated shift paddles, quattro emblem and an updated MMI infotainment system with MMI touch.

The 2015 Audi RS7 Sportback facelift sits on 20-inch forged alloy wheels but can be optionally had with a 21-inch set available in three color finishes. Also at an additional cost the client can configure the vehicle with carbon fiber ceramic disc brakes.

Sales of the revised RS7 are set to kick off in the third quarter of the year, with pricing in Germany beginning at 113,300 EUR.