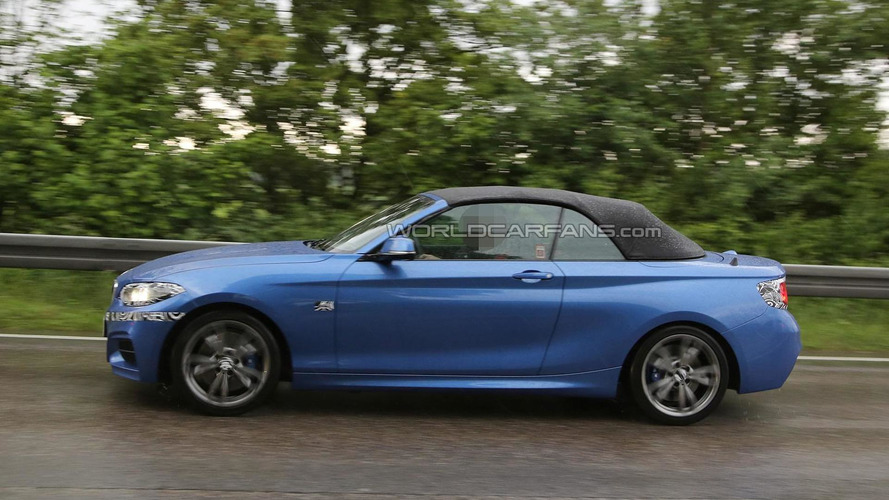 A prototype of the BMW 2-Series Convertible was caught on camera by our spy photographers testing with the roof up.

A prototype of the BMW 2-Series Convertible was caught on camera by our spy photographers testing with the roof up.

BMW is putting the finishing touches on the 2-Series Convertible since this is not the first time our spies have grabbed on camera prototypes wearing very little camouflage. This one was undergoing testing on a rainy day, giving us the chance to take a closer look at the black soft top unlike the larger 4-Series Convertible that comes with a metal roof.

There's not a lot to say in terms of design as it looks virtually the same as the coupe and will likely be offered in the hot M235i version powered by a an inline-six TwinPower Turbo 3.0-liter gasoline engine churning 326 PS (240 kW) and 322 lb-ft (450 Nm). There will also be an M2 Coupe but for the moment it is unlikely BMW will offer it on the open-air version.

The BMW 2-Series Convertible will be launched in the following months, with sales slated to commence probably this fall.