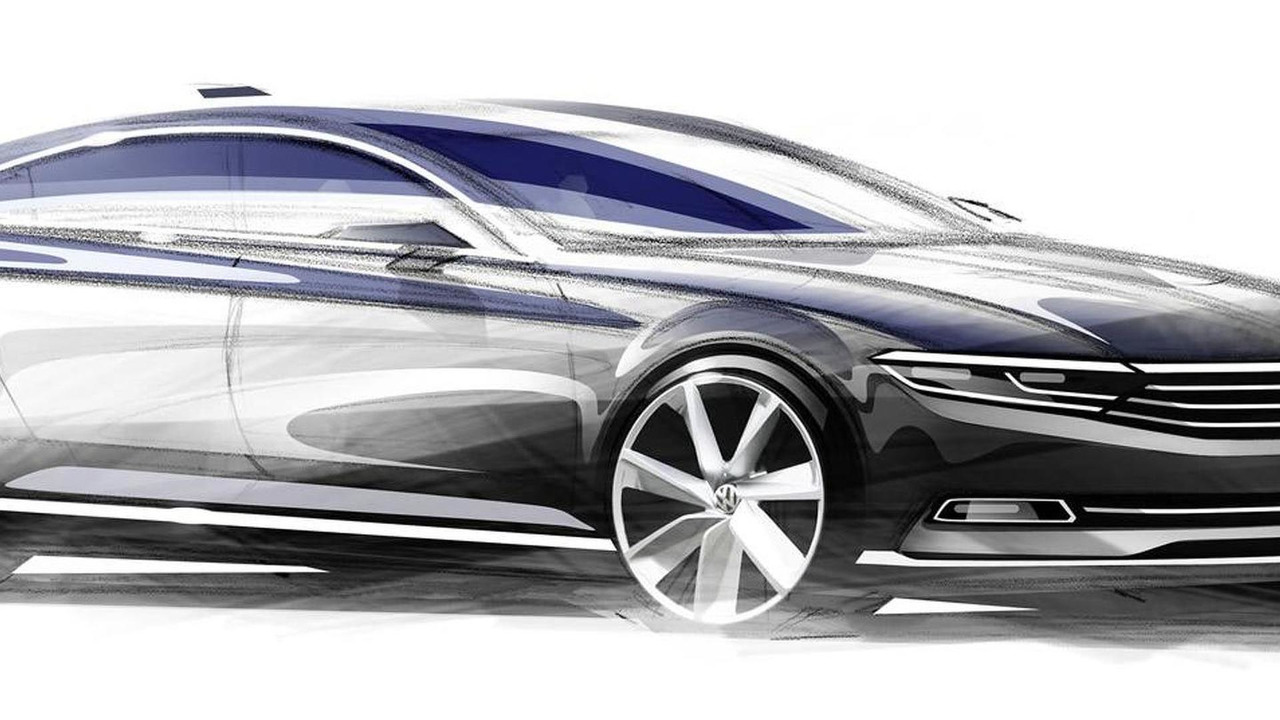 Volkswagen has confirmed the next generation Passat will be revealed online in July, prior to a public debut set for October at the Paris Motor Show.

Volkswagen has confirmed the next generation Passat will be revealed online in July, prior to a public debut set for October at the Paris Motor Show.

Following a couple of leaks, Volkswagen announced today the highly anticipated Euro-spec all-new Passat will be introduced in July and will be up to 20 percent more fuel efficient than its predecessor. This will be possible thanks to an 85 kg (188 lbs) diet as a result of using high-strength, hot-formed steel and aluminum for several areas of the vehicle.

One of the most important novelties is the introduction of a 4-cylinder, 2.0-liter bi-turbodiesel engine outputting 240 PS (177 kW) and an impressive peak torque of 500 Nm (369 lb-ft) from 1,750 rpm. The motor will work with a newly developed 7-speed DSG sending power to the 4MOTION all-wheel drive system. Volkswagen also plans to offer a plug-in hybrid version that will have a total range of approximately 600 miles (966 km) and an electric range estimated at 31 miles (50 km).

Despite being a bit smaller compared to the outgoing model, the 2015 Passat will come with a more spacious cabin with additional leg- and head-room, as well as a larger trunk. It will come as standard with LED taillights and halogen headlights but for more money clients will be able to opt for LED headlights, including one version that can automatically adjust the beam to grant optimal illumination without bothering incoming traffic.

The first revealing images along with additional details will be published at the beginning of July.