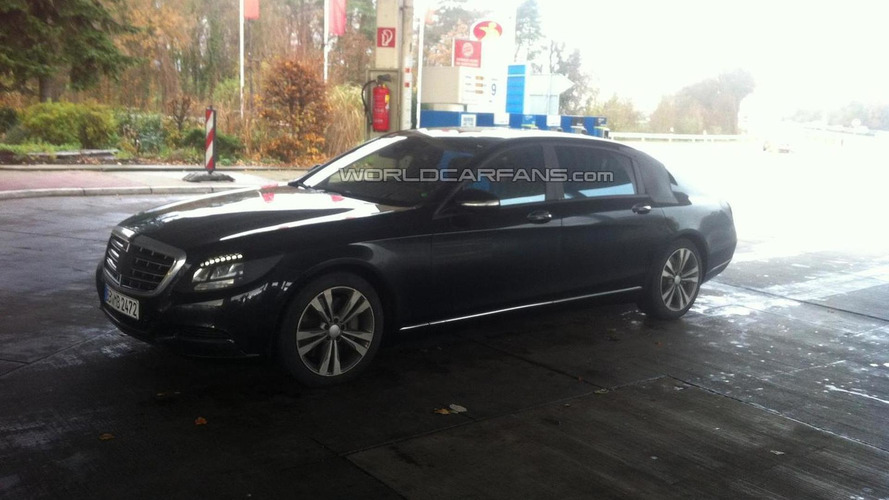 A new report indicates the Mercedes-Benz S600 Maybach will be officially unveiled in November at the Guangzhou Motor Show in China.

A new report indicates the Mercedes-Benz S600 Maybach will be officially unveiled in November at the Guangzhou Motor Show in China.

The "Maybach" name is about to make a comeback but not as a standalone brand as Daimler has decided to integrate the legendary moniker within the S-Class lineup. It will be reserved for an extra-long version of Mercedes-Benz's S-Class, sitting above the standard and long wheelbase versions. The car should have a 3665mm wheelbase and an overall length of 5600mm.

Latest rumors concerning the S-Class Maybach hint at a November introduction at the Guangzhou Motor Show in China. This is the second time we hear about the model's debut in November as an earlier report said the model will be exhibited at the Los Angeles Auto Show within the same month. This latest rumor refers to the S600 version so it will likely have a twin-turbo V12 6.0-liter engine pumping out 530 PS (390 kW) and 830 Nm (612 lb-ft) of torque. However, an S65 Maybach has already been spied so expect the extra-long wheelbase version to be available with several engines.

S-Class expansion will continue with an even longer version allegedly named Pullman (6.4 meters long) which will have a 2+2+2 seating arrangement and optional armoring. There will also be a convertible version equipped with a fabric roof and a 2+2 interior layout which will likely be introduced in 2015.