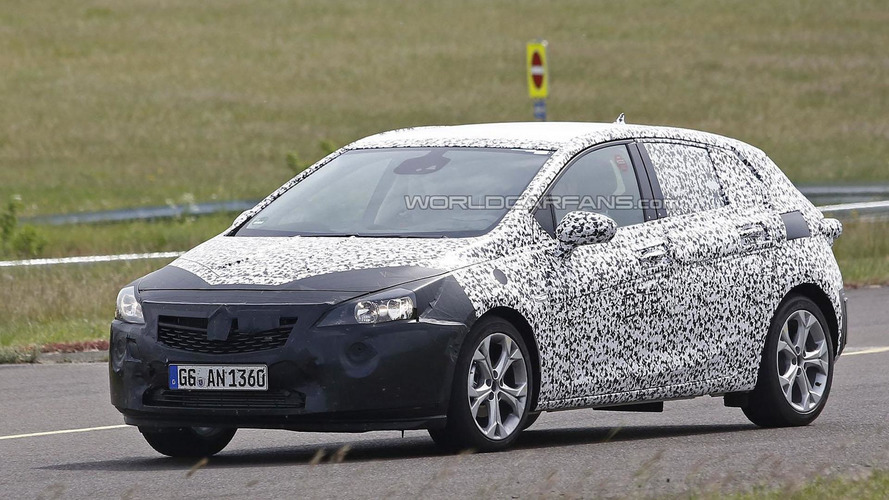 Our clandestine photographers have snapped some new pictures of the 2016 Opel / Vauxhall Astra.

Our clandestine photographers have snapped some new pictures of the 2016 Opel / Vauxhall Astra.

Set to be introduced sometime next year, the 2016 Astra hatchback has a familiar design but appears to adopt a revised front fascia which could borrow some cues from the Monza concept. The déjà vu design continues out back as the only noticeable differences are door-mounted mirrors and a smaller tailgate-mounted spoiler. Despite the relatively minor changes, the model appears slightly larger than its predecessor so there could be a more accommodating cabin.

Opel has remained relatively quiet about the model but it will reportedly ride an updated version of the Delta II platform. However, the hatchback could use a variety of lightweight components to reduce its weight by up to 100 kg (220 lbs).

Engine options remain unconfirmed but Opel is planning to introduce 13 new engines by 2016 and some of them will undoubtedly be offered in the new Astra.