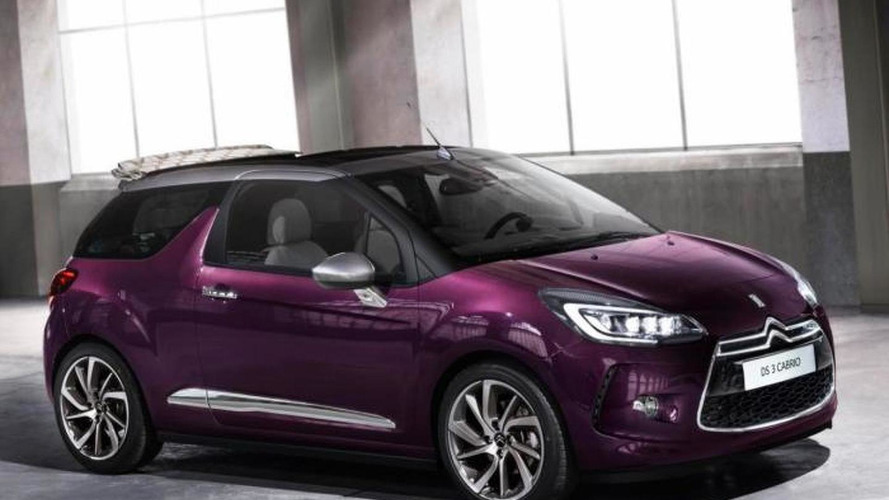 Both of them have received a new set of headlights combining LED and xenon modules with sequential indicators, derived from the Numero 9 and Wild Rubis concepts. These headlights are 35 percent more energy efficient in dipped mode and 75 percent in high-beam mode compared to conventional halogen headlights and they also last twenty times more, boasting a lifetime of around 20,000 hours.

Select markets are also getting a Euro 6-compliant PureTech e-VTi 82 ETG that can do 57.4 mpg US (69 mpg UK or 4.1 liters / 100 km) and 95 g/km of CO2. This engine works in combination with an automated-manual five-speed Efficient Tronic Gearbox (ETG) equipped with a creep function.

Citroën is extending the DS3's customization possibilities by adding a laser-etched dashboard strip as well as a screen-printed rear window. The models can now be painted in a fresh hue called Pearl White while the cabrio also receives a Belle-Ile Blue color. The fixed roof version has been fitted with new 17-inch diamond-cut alloys but only for select versions.

Check out the press release for further details. Special thanks go to WCF reader tomi.ro for sending us the tip!