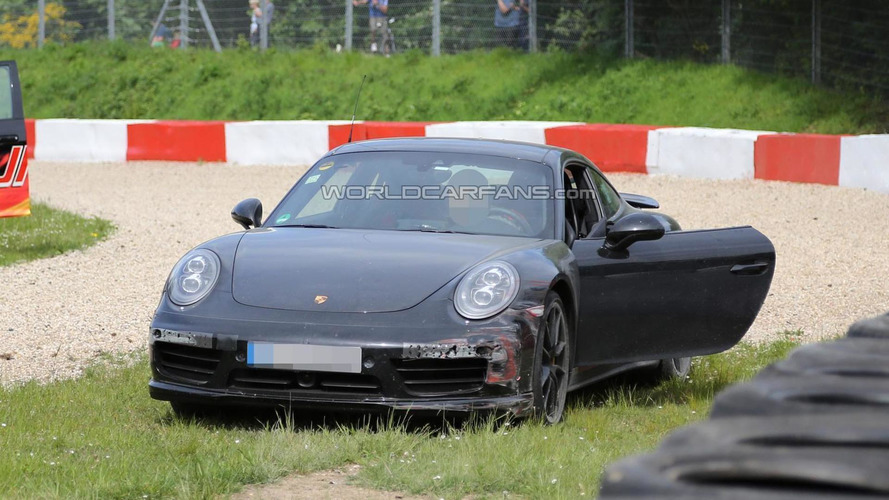 A prototype of the 2015 Porsche 911 Turbo facelift was photographed at the Nürburgring after being involved in a light crash.

A prototype of the 2015 Porsche 911 Turbo facelift was photographed at the Nürburgring after being involved in a light crash.

A Porsche test driver was hard at work testing what appears to be the facelifted 911 Turbo but at one point he made a mistake and crashed at the Pflanzgarten section of the Nürburgring. The prototype hit the barrier but wasn't severely damaged as only the bumpers and fender were damaged. The impact wasn't too powerful so the driver escaped without any sort of injuries. A trailer arrived at the scene of the accident and transported the car back to the Porsche test center.

This might not be a facelift for the 911 Turbo / 911 Turbo S since the models came out approximately a year ago so it is way too early for a revision. It might be a new 911 derivative or Porsche could be working on an optional performance package.