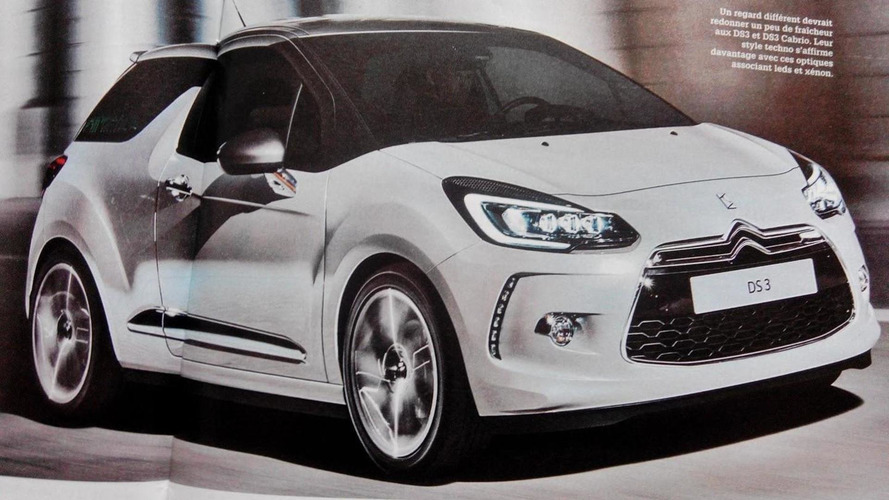 Revealing images of the 2015 Citroën DS3 facelift have surfaced web, prior to an official introduction later today.

Revealing images of the 2015 Citroën DS3 facelift have surfaced web, prior to an official introduction later today.

The DS3 was already a very stylish supermini but the French managed somehow to make it look even more premium thanks to those sharp and fresh headlights which combine LEDs with xenon. We can't seem to find any other differences but there might be a few minor tweaks inside to spice up the cabin.

An official reveal is scheduled for later today so check back for full details. The facelifted DS3 will go on sale in the second half of the year and Citroën is probably already cooking up a few special editions since the pre-facelift version received many limited-run versions.