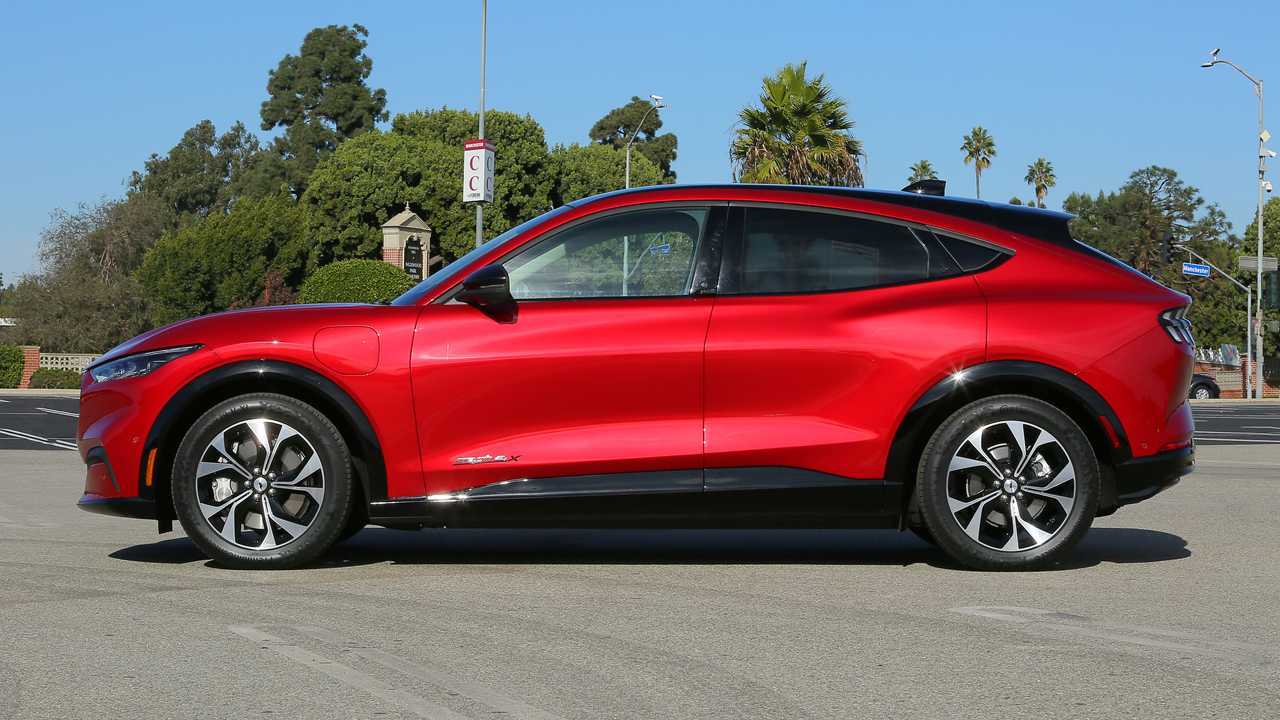 The secret is out. Whether or not you approve of a Mustang badge on the Mach-E, it's impressive behind the wheel and not just because of its instant electric torque. The stylish crossover has a tossable nature that belies its size and weight, as we've experienced directly in our Mach-E first drive. Those characteristics aren't there by accident.

Ford talked to us about the Mach-E's development back when it first debuted, mentioning the Porsche Macan's role in that process as a benchmark vehicle. Muscle Cars & Trucks followed that thread a bit further, speaking to Ford's Global Director of Electrification Mark Kaufman. Electric competition was certainly on the Blue Oval's collective mind, notably from Tesla with the Model Y. But as Kaufman explained, many of those competitors hadn't launched their vehicles when Mach-E development began.

As such, Ford turned to a similar-sized crossover with exceptional performance attributes. The Porsche Macan is arguably among the best performance-oriented compact crossovers on the market, displaying remarkable balance and determined bite on twisty roads. The Mach-E certainly offers a similar feel, and with a pricing structure slightly below the Porsche, the EV 'Stang looks even better.

Our Take On Mach-E And Macan:

There is an interesting twist to this story, however. One vehicle that wasn't used as a Mach-E benchmark is the traditional Mustang. Obviously the Mach-E with its four-door, five-seat design and electric powertrain is a completely different animal from the internal-combustion-powered coupe. We suspect that could lead pony car purists to further lament the Mustang branding on the Mach-E, but we'd venture to say a base model Mach-E is infinitely more entertaining to drive than, say, a 1979 Fox Body Mustang with four-cylinder power and an automatic transmission.

No matter how you slice it, Mustang lines are blurred. But understanding better how the Mach-E came into existence, blurred lines don't have to be a bad thing.