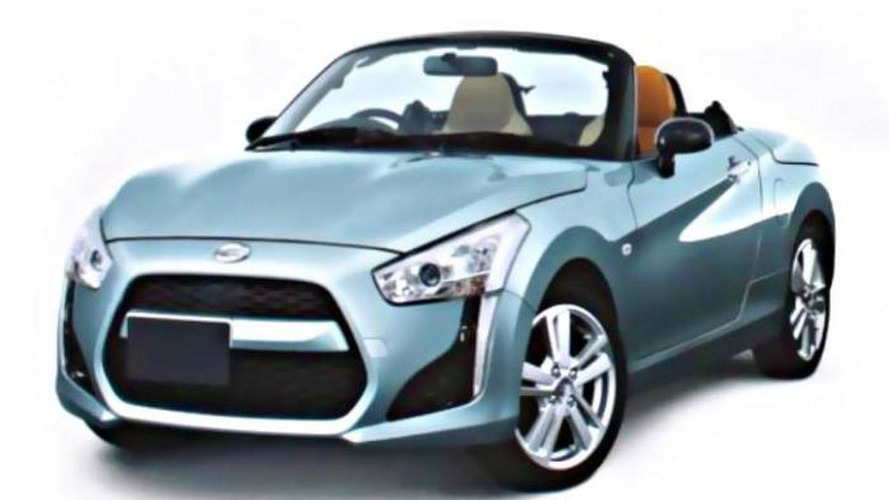 Several brochure scans with the 2015 Daihatsu Copen have surfaced the web ahead of an official reveal set for next month.

Several brochure scans with the 2015 Daihatsu Copen have surfaced the web ahead of an official reveal set for next month.

Back in November last year Daihatsu introduced the Kopen concept at the Tokyo Motor Show, announcing its intentions of bringing back the kei car in 2015. Last month several teaser images were released hinting at an imminent official reveal of the production version which is slated to reach the market next year.

These are a few brochure scans of the new Copen which as you can see looks a lot like the concept and Daihatsu has already confirmed it will boast a customizable composite body featuring thirteen removable "outer plates." The vehicle will utilize a D-Frame skeletal structure which is three times stiffer compared to the chassis fitted onto the original model.

Moreover, the new Copen will benefit from significantly increased torsional rigidity improving not only handling but also the ride comfort, while the power-operated roof will need around 20 seconds to open or close.

Power will come from a 12-valve 3-cylinder naturally-aspirated gasoline engine delivering 64 PS (47 kW) at 6,400 rpm and a peak torque of 92 Nm at 3,200 rpm sent to the road via a five-speed manual transmission or an optional "seven-speed super active" CVT.

An official reveal of the Dahiatsu Copen reboot will occur next month, with sales slated to commence in 2015.